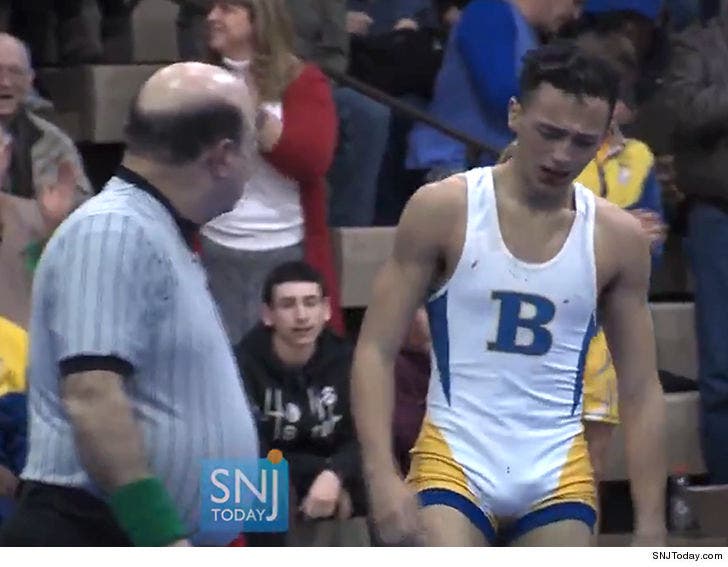 Good news ... high school wrestler Andrew Johnson is doing well and in "pretty good spirits" after the haircut incident earlier this month -- but we've learned the family is still weighing their legal options.

Johnson has gone under the radar ever since the Dec. 19 wrestling match when referee Alan Maloney (who is white) told the 16-year-old black wrestler to either chop off his dreadlocks or forfeit the match.

But, a source closely connected to the family put it this way -- "Andrew is in pretty good spirits. He hopes for things to return to normal and he's looking forward to competing with his wrestling team again soon."

There are reports the family has already decided not to pursue legal action over the incident ... but sources with direct knowledge say those reports are inaccurate.

In fact, we're told the family is considering all options. One thing they want before making any decisions ... the findings of the NJ Attorney General's Division on Civil Rights. That Division is in the midst of its investigation into the incident.

Johnson's teammates at Buena Regional High School in New Jersey had a scheduled meet Thursday -- but Johnson did not participate because he's felt overwhelmed by the media attention.

Several huge stars have tried to reach out to Johnson to lend their support -- and some UFC fighters have offered to personally train him -- but it's unclear if Johnson has spoken with anyone yet.

As for the ref, sources connected to Maloney tell us he's adamant he was following the rules and race had nothing to do with the situation.

Meanwhile, NJ high school athletic officials have said Maloney will not work any events until an investigation is complete.