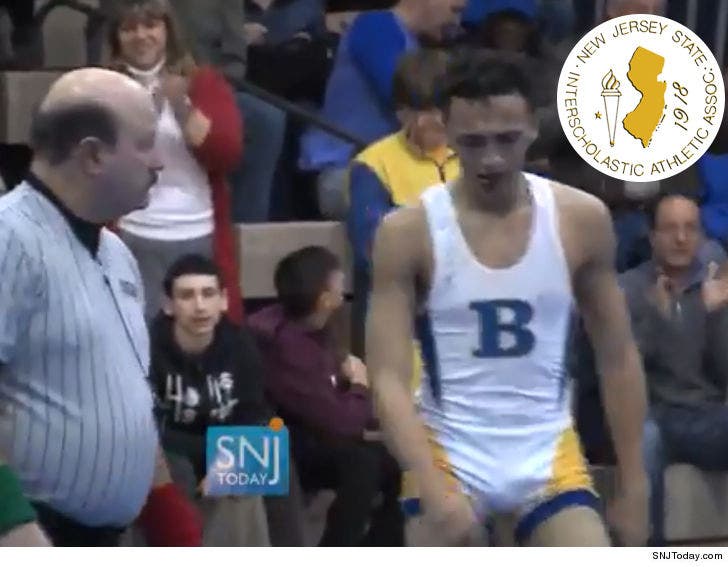 The white referee who ordered a black high school wrestler to either cut his hair or forfeit the match is now being investigated by NJ state athletic officials, TMZ Sports has learned.

And, while the investigation is active, sources tell us the referee will NOT be working any matches.

The incident involves Buena Regional High School athlete Andrew Johnson -- who was seen on video getting his dreadlocks chopped off before a match this week.

In the footage, Johnson looks distraught. People are furious, claiming the ultimatum was racially motivated since the ref, Alan Maloney, has previously been disciplined for making a racist comment in 2016.

The way it's being explained to us ... Maloney has not been formally suspended or disciplined for the Johnson incident, but officials feel it's best to keep him off the mat while they gather information.

A source connected to Maloney tells us his position is that he was merely enforcing a rule about hair maintenance -- and insists race was not a factor.

Meanwhile, we spoke with a rep for the New Jersey State Interscholastic Athletic Association -- which oversees high school sports in NJ -- a who gave us the following statement.

"The NJSIAA has been in direct contact with school officials and is now awaiting official incident reports. A report also has been requested from the referee involved. In addition – and as per its formal sportsmanship policy – the NJSIAA has provided initial information to the New Jersey Division on Civil Rights and will continue to send updates as they become available."

"At this point, the NJSIAA is working to determine the exact nature of the incident and whether an infraction occurred."

"As a precautionary measure, given the degree of attention being focused on this matter, the NJSIAA will recommend to chapter officials that the referee in question not be assigned to any event until this matter has been reviewed more thoroughly in order to avoid potential distractions for the competing wrestlers."

Multiple attempts to reach both Maloney and Johnson were unsuccessful. 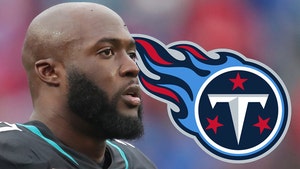 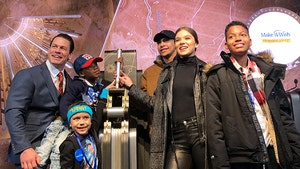