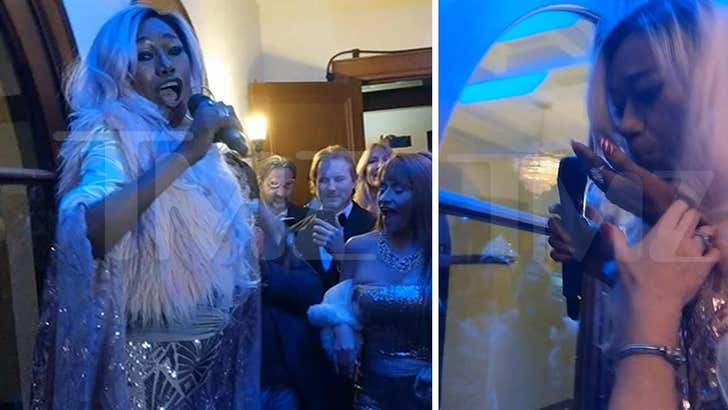 10:35 AM PT -- Bonnie's publicist Thomas Santiago tells TMZ ... she'd been dealing with flu-like symptoms in the days leading up to the event, but she'd committed to performing and didn't want to cancel.

Bonnie Pointer lost control, and it doesn't look like she liked it ... but she's a real trooper for powering through a puke and singing her heart out.

The Pointer Sisters cofounder was performing at the historic Wattles Mansion in Hollywood Saturday night when she got ill onstage and threw up ... in her hand.

But, check out the video -- almost immediately afterward Bonnie starts dancing to the beat of the group's most famous song, and is fully composed to belt out the opening verse and chorus of "I'm So Excited."

Unfortunately, the Pointer Sister got sick again after her initial recovery and had to be helped offstage before the song came to a close. 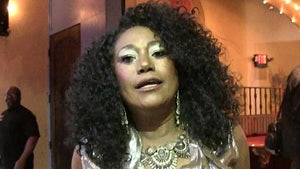 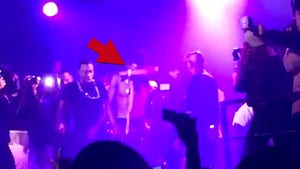