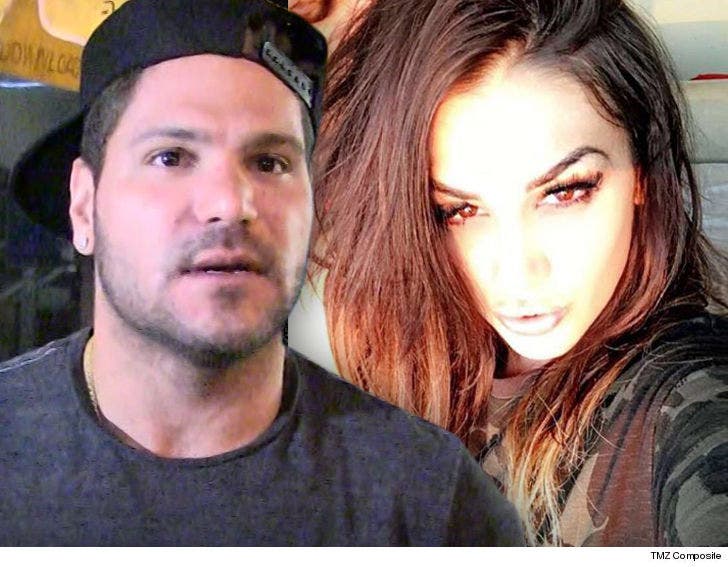 Ronnie Ortiz-Magro ﻿has been named a "person of interest" in an alleged burglary at the home of his baby mama, Jen Harley, hours after the couple broke up following a nasty fight at a Vegas club ... TMZ has confirmed.

Law enforcement sources tell TMZ ... Ronnie and Jen got into a huge fight a little after midnight during a NYE party. We're told Jen set off the fight when she spilled a drink on Ronnie's shoes, and Ron eventually stormed off.

We're told when Jen got home later that night, she found her home ransacked ... someone smashed a flat-screen TV, a vase, pictures and glass frames. Jen told cops she believes Ronnie broke in and started wreaking havoc, because whoever did it let themselves in. Ronnie and Jen do not live together.

Law enforcement sources say Ronnie is not a suspect, because there are no witnesses or video evidence he committed the alleged burglary, but we're told cops would like to speak with the "Jersey Shore" star.

As for the night's timeline ... we're told Ronnie and Jen started fighting at 2:15 AM, police arrived at Jen's home at 3:32 AM, but Ronnie was not there.

Ronnie and Jen put their seemingly endless amounts of drama aside for some cute Christmas photos with their 8-month old daughter, but their relationship didn't make it to the New Year. 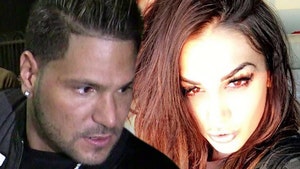 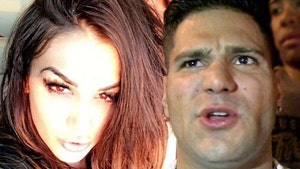