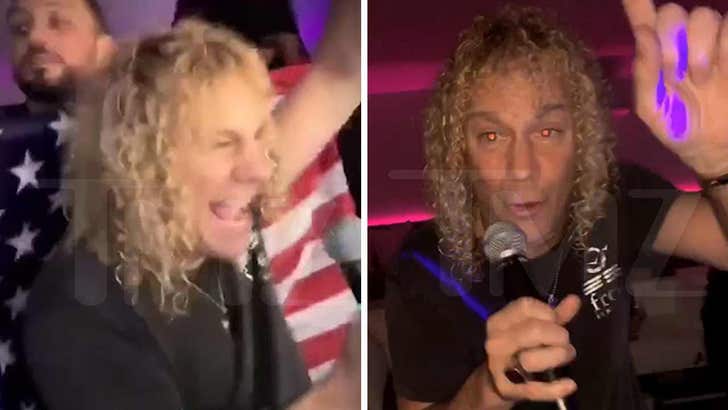 If Jon Bon Jovi's voice ever craps out, we found the perfect stand-in ... a guy who already knows all the lyrics, and is usually just a few feet away onstage -- his keyboardist, David Bryan!

David walked into the Casa Nightclub in St. Bart's Wednesday around closing time -- 5 AM (island time, mon) -- with some friends. The DJs -- Shortkutz and Chris Magic -- recognized the Bon Jovi rocker and started blasting the Hall of Fame band's hits.

DB must've been feeling real good because he jumped up and grabbed the mic to belt out "It's My Life" and "Livin' on a Prayer."

Folks at Casa tell us the club's owner, Julien Roussel, decided to stay open a little later so the patrons could enjoy the free concert and keep singing along.

David sang 5 of the band's hits when it was all said and done before waltzing out of the joint.

BTW ... Bon Jovi goes on tour in May, but we're pretty sure Bryan will be back on keys and backup vocals. For now. 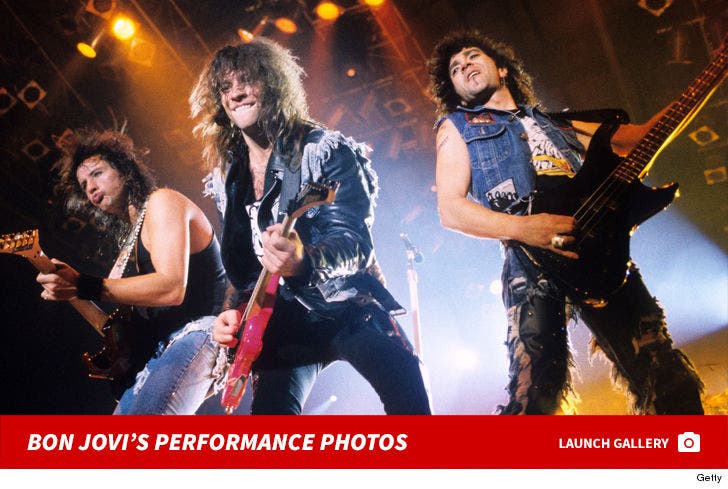 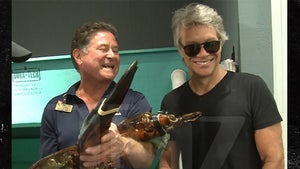