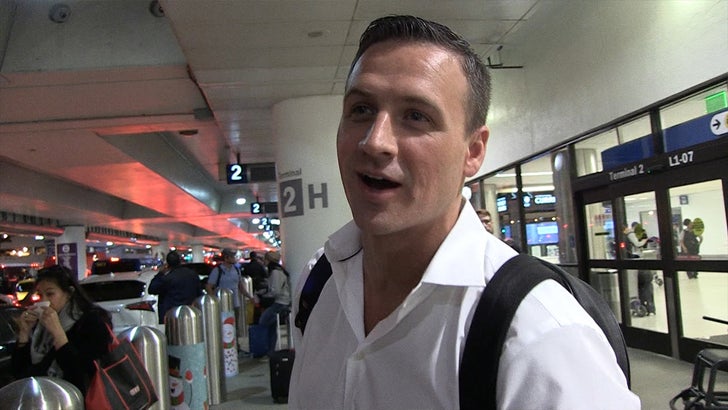 And, he's been doing it WAY before the "Bird Box Challenge" became a thing.

First off, DO NOT TRY THIS AT HOME -- IT'S SUPER DANGEROUS AND YOU MIGHT DIE.

But, Lochte is a pro -- surrounded by a team of coaches -- and tells TMZ Sports there's a real benefit to swimming laps with his eyes covered.

"I do that sometimes just for fun in practice. I'll swim blindfolded a couple laps just to make sure my stroke count is perfect."

Speaking of training, Lochte says he's laser-focused on competing in the 2020 Olympic games in Tokyo ... even after the drama he was involved in during the last Olympics, in Brazil.

You know ... when he was arrested for allegedly trashing a gas station in Rio. That became an international incident, and U.S. Swimming banned him from competition for 10 months.

He's now 34-years-old -- but tells TMZ Sports he's got his eye on a gold medal ... and wouldn't put himself through all the hellacious training to settle for a silver or a bronze. 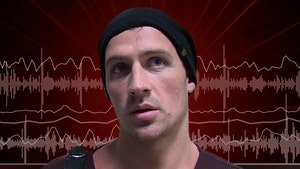 Ryan Lochte Car Crash 911 Call, 'I Rear-Ended the People In Front of Me' 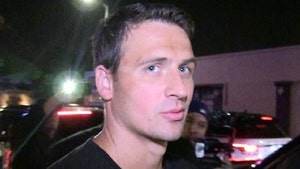