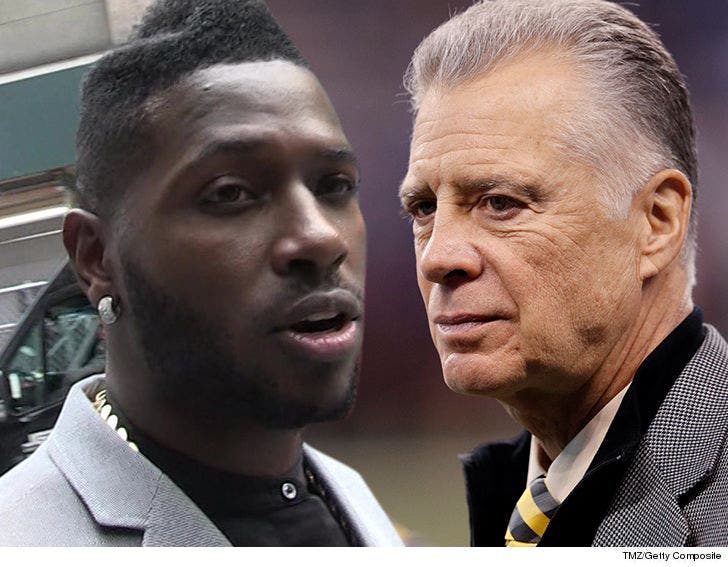 Antonio Brown's time in Pittsburgh appears all but over ... 'cause Steelers owner Art Rooney II doesn't expect the NFL superstar to be on the team next season.

A.B.'s been at the center of controversy in Steel City after getting into heated exchanges with teammates, skipping practice, getting benched for a crucial game during a playoff push AND reportedly requesting a trade ... just to name a few incidents.

Rooney says the team will NOT cut Brown, but made it very clear the Steelers aren't afraid to move on from their top receiver ... and said it would be "hard to envision" he's with the team come training camp in July.

"There’s not much we can do right now. We have time to make a decision,” Rooney told the Pittsburgh Post-Gazette.

“We’ll look at all the options. We’re not going to release him, that’s not on the table. But I will say all other options are on the table."

Rooney isn't completely shutting the door on reconciling with Brown ... he thinks making up is possible, but unlikely.

“Whether the situation can be reconciled and have him back on the team next year, we’re a long way away from thinking that can happen. We’re not closing the door on anything at this point.”