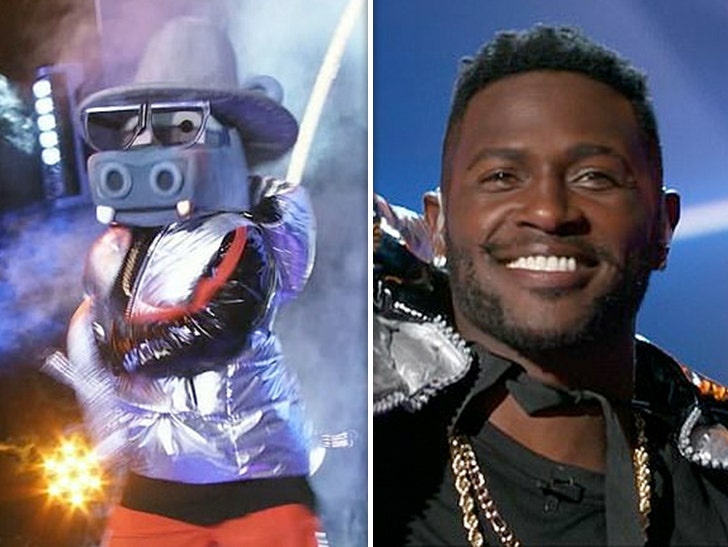 Antonio Brown ﻿finally got cut Wednesday night ... but it wasn't by the Pittsburgh Steelers.

The superstar WR was one of the celebrity performers on "The Masked Singer" -- and while the show was taped months ago, his song choice proved insanely relevant when it aired Wednesday night.

Disguised in a hippo mask, Brown performed Bobby Brown's "My Prerogative" -- which includes the famous lyrics ... "Everybody's talkin' all this stuff about me. Why don't they just let me live?"

It's almost like he knew he was gonna be in the middle of a super nasty public feud with his team when he taped the show.

The judges thought the face under the hippo mask belonged to either Odell Beckham, Deion Sanders or Allen Iverson.

Before he revealed his true identity, the judges had already sealed his fate -- giving him the lowest score among the celebrity singers ... which means he was axed from the show.

Now, with his singing career essentially over ... he's gotta turn his focus back to football -- and figure out how the hell he can either make peace with the Steelers or get outta Dodge.