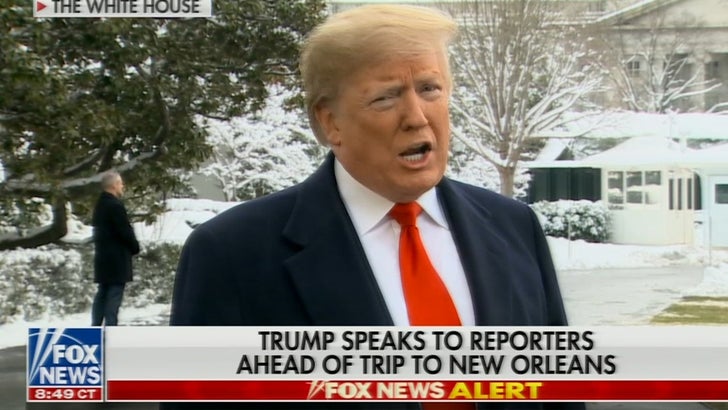 Donald Trump thinks the Clemson football team -- a collection of some of the finest athletes in the country -- are a bunch of burger-scarfin', pizza-inhalin' gluttons ... so that's what he's serving 'em at the White House.

The National Champs are scheduled to meet with POTUS and 1600 Penn on Monday (weather permitting) and for some reason, Donald thinks he knows about the team's food preferences.

"I think we're going to serve McDonald's, Wendy's and Burger King with some pizza," Trump said. "I really mean it, It will be interesting. And, I would think that's their favorite food."

No disrespect to Mickey D's or his highness, the Burger King ... but why would Trump think a bunch of broke college students would want fast food instead of a steak, sushi or fancy stuff they don't usually get in the school cafeteria?!

Dabo Swinney and his players are set to arrive at the White House Monday night. We'll see how they react to the menu.

Dabo and the Tigers met Trump at the White House after the national championship victory a couple years ago -- maybe the guys made the food request back then?