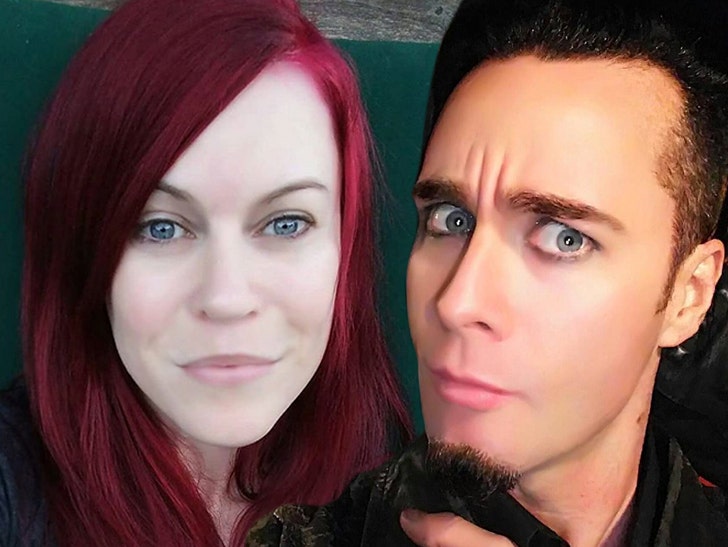 Former 'Rock of Love' star Lacey Sculls can't seem to avoid trouble in January -- and this month is no different, 'cause she's being sued again ... TMZ has learned.

A woman named Erin Skold just filed a suit against Lacey and her husband, Jonny, over an alleged brawl that broke out in January 2017 at the Hollywood bar, Boardner's -- during which Erin says she became a casualty as a result of Jonny and Lacey's conduct.

According to the docs, obtained by TMZ, Erin claims she was minding her own business in the VIP section when all of a sudden Lacey and Jonny stormed in and started talking s**t to a separate lady who was nearby, and a fight broke out between them.

Erin says at one point, Jonny threw a drink, which happened to hit Erin. She also claims he charged the group as a whole, knocking Erin to the ground and landing on her. She claims she hit her head and suffered a concussion, a contusion and a twisted ankle while pinned to the floor.

Erin is suing both Jonny and Lacey for battery, claiming Lacey helped spark the melee -- although, it doesn't appear Lacey touched anyone. Erin's also suing the bar for allowing things to get so out of hand.

Remember, Lacey and Jonny are already facing another lawsuit from an alleged incident in January 2018 ... when a man says they both beat the crap out of him due to road rage, and that Lacey allegedly bit off a part of his ear.

They countersued and said the other guy was the one who was terrorizing them. Unclear what they'll say about this incident though.