Rapper Blueface has been arrested for gun possession ... TMZ learned.

Law enforcement sources tell us, the man behind the Bust Down dance craze was in downtown L.A. Friday at around 7 PM when cops got word there were rappers in the area who were carrying large amounts of cash and wearing lots of jewelry. The concern was that there were robberies in that area by gang members and cops were worried the rappers were easy targets.

When LAPD rolled up, Blueface and his posse scattered and several of them tossed their guns away as they fled.

Blueface and two others were apprehended. Cops later discovered the guns were loaded.

Blueface was booked for felony possession of carrying a loaded firearm. 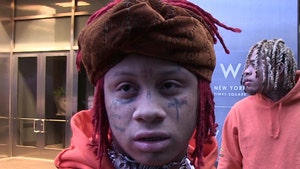 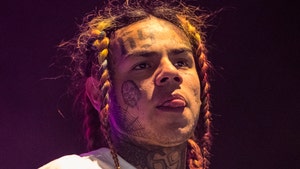