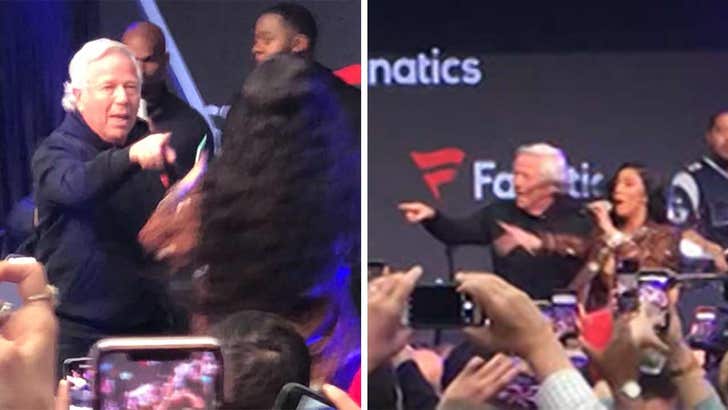 Patriots owner Robert Kraft is spending his final hours before the Super Bowl dancing his face off with rap stars ... hitting the stage and showing off his moves with Cardi B!!

Kraft looked anything but nervous the day before the Big Game ... joining the "Money" rapper on stage at the Fanatics Super Bowl party in ATL, which was hosted by Sixers co-owner Michael Rubin.

There was hopping. There was finger pointing. The crowd loved every second of it.

As if Cardi wasn't enough ... Kraft had Meek Mill for a hype man pumping him up on the side of the stage.

Think this guy's worried about the game?

BTW -- we're told Cardi's not just having fun with Kraft and Meek ... she also made a significant donation to Reform Alliance, the criminal justice reform org formed by the 2 along with Rubin, Jay-Z, Van Jones and others. 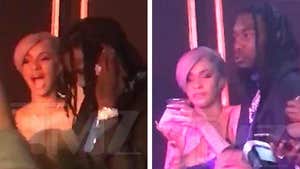 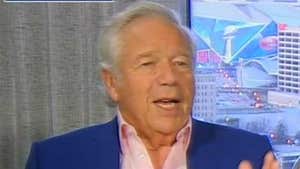