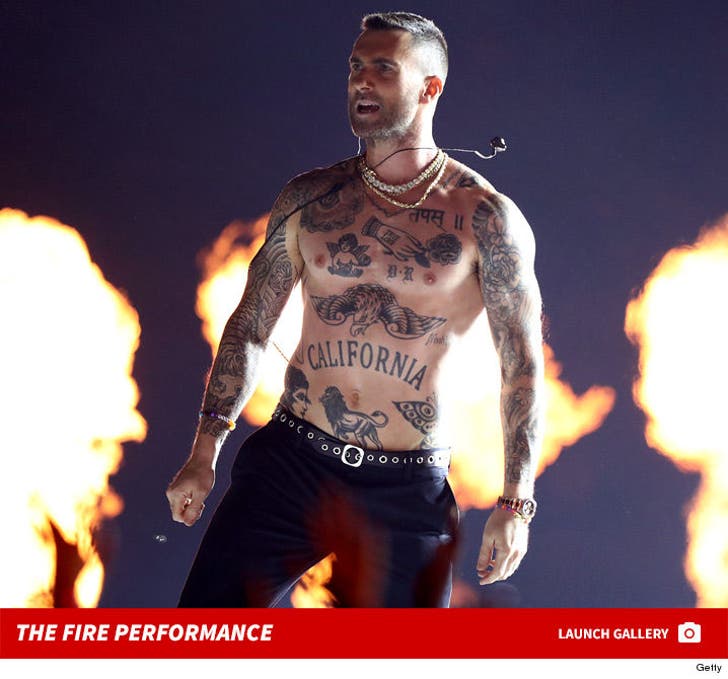 The Super Bowl LIII halftime came and went, and it featured A LOT of Adam Levine ... who stripped down until there was practically nothing left up top.

Maroon 5 took center stage Sunday midway through the big game, and they ran through a bunch of their early hits to kick things off. As the show went on, Adam lost more and more layers from his torso ... until he was fully shirtless by 'Moves Like Jagger' at the end.

Travis Scott and Big Boi made brief appearances as well -- each of them performed one verse and a hook of their songs, "SICKO MODE" and "The Way You Move," respectively. But no guest appearances here, even though both songs featured big artists like Drake and Andre 3000. Even M5's "Girls Like You" went without a surprise Cardi B ﻿visit. Darn ...

Either way, the spotlight always went back to Adam and co. They were the headliners, after all ... and this performance proved it.

Considering all the controversy surrounding the halftime show ... it was relatively kosher, and really went off without a hitch. The NFL's gotta be happy about that. 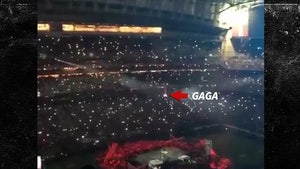