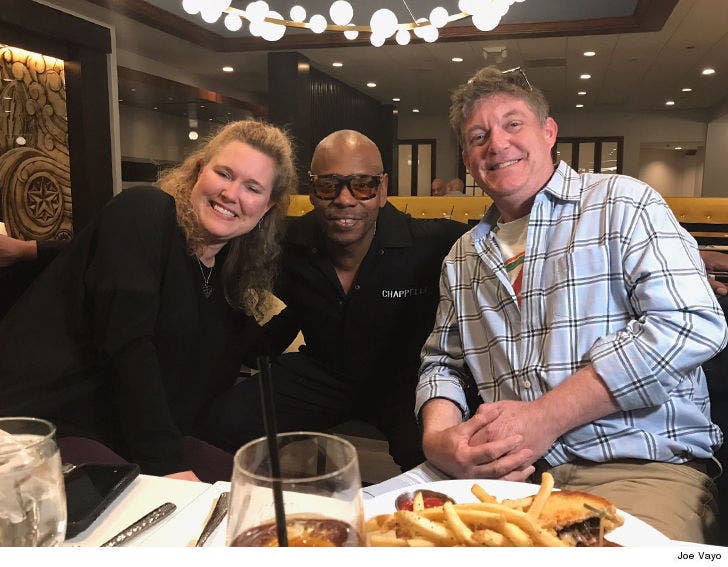 Dave Chappelle's all about making things right, which is why he hand-delivered tickets to a couple who fell victim to a Craigslist scam ... so they could make his Valentine's Day show after all.

The comedian surprised his swindled fans in Charlotte Thursday by showing up at the restaurant they were at and delivering tix to see him perform at the Blumenthal Performing Arts Center that night.

Their story caught Dave's attention after it was reported Wednesday that the woman, Deidra Dickens, thought she had purchased tickets to his V-Day show for her and her husband -- a huge Chappelle fan -- but got scammed.

Dickens claims she paid $500 for 4 tickets to a seller on Craiglist, but after she sent the money ... that person went silent and she never got them.

Last night we told you this Charlotte couple was scammed out of hundreds of dollars trying to buy @DaveChappelle tickets on Craigslist. Tonight we were there as DAVE HIMSELF hand-delivered the group tickets! Awesome! @WBTV_News pic.twitter.com/tHMElvDcZE

What they got ended up being way better, though ... because Dave delivered in person. He also chatted and snapped some pics with the couple, but made sure to tell them to get their tickets from reliable sources from now on.

Deidra and her hubby, Eddie, were obviously overjoyed. 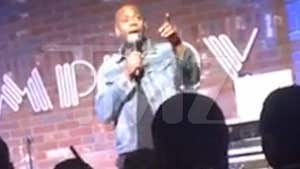 Dave Chappelle Says R. Kelly 'Goons' Threatened Him After 'Piss on You' Skit

Dave Chappelle You Might Want to Rethink Humor Money Holidaze