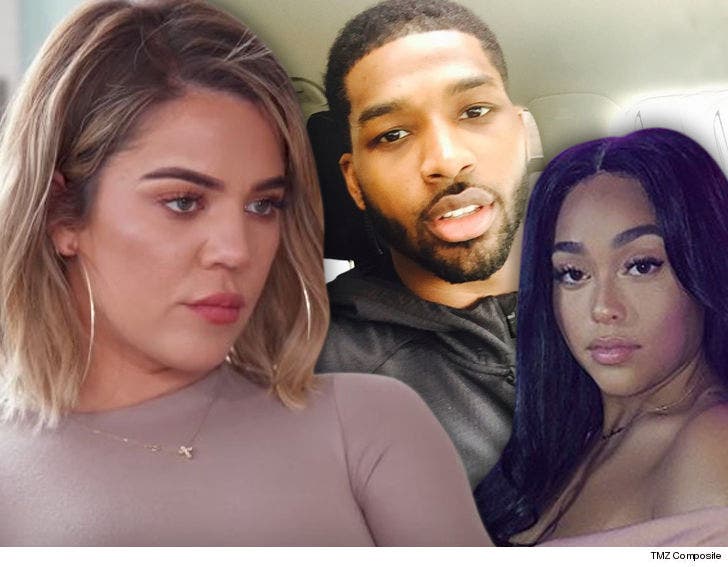 Khloe Kardashian's had a change of heart, because now she's saying Jordyn Woods should not be blamed for breaking up her family ... this is Tristan Thompson's doing.

Khloe just posted a series of tweets starting with, "This has been an awful week & I know everyone is sick of hearing about it all (as am I). I’m a rollercoaster of emotions & have said things I shouldn’t have."

She then adds this has been very painful because she was hurt by someone close to her who she loves and treats like a little sister -- Jordyn -- but ultimately ... this is all Tristan's fault. 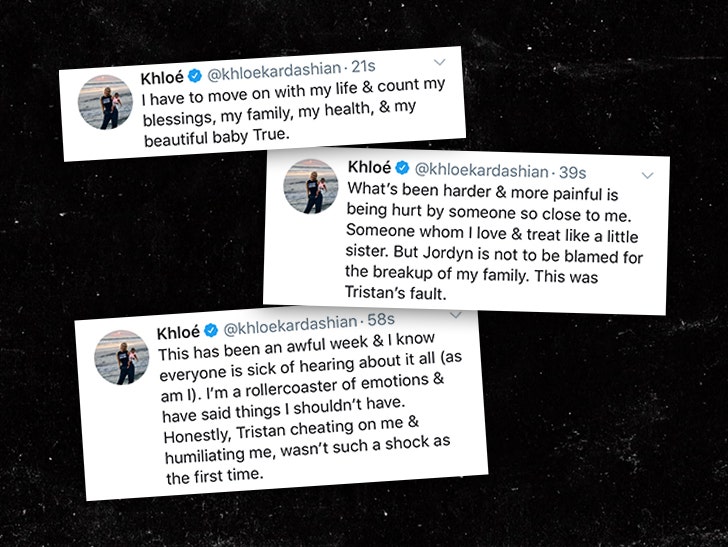 It's interesting ... Khloe adds even though she was humiliated by Tristan cheating on her -- it wasn't as much of a shock this time around.

Now she says it's time for her to move on and count her blessings -- "my family, my health, & my beautiful baby True."

This is a near 180 from Friday when Khloe quickly called BS on Jordyn's story on "'Red Table Talk" and accused her of being a liar and home-wrecker. Jordyn admitted she shouldn't have gone to Thompson's house party, but claimed she didn't really cheat with him ... there was just a friendly goodbye kiss with zero passion.

Khloe later said they were equally to blame.

Regardless of who's at fault ... Khloe's unfollowed both Tristan and Jordyn on social media. 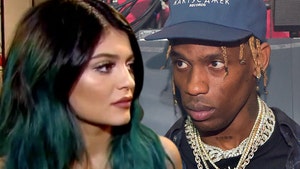 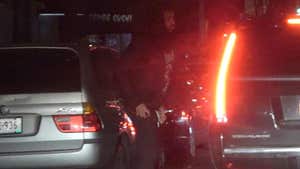