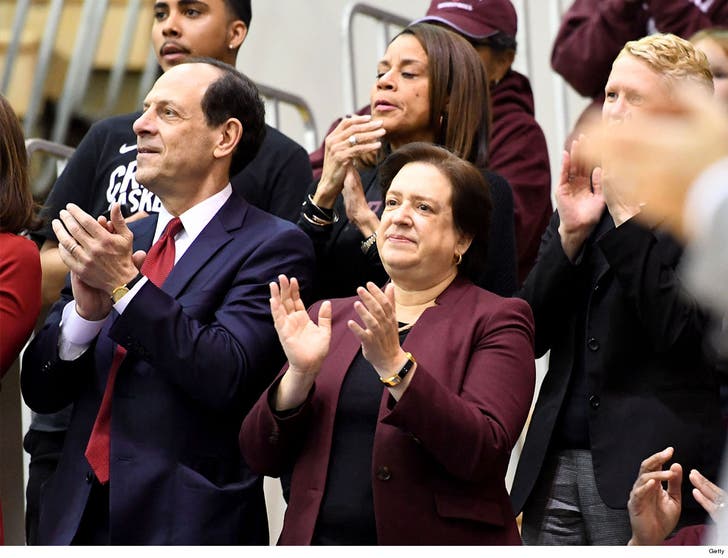 Judge Kagan was front and center at McDonough Arena at Georgetown University on Wednesday to watch her alma mater Harvard take on the Hoyas in the NIT basketball tournament.

Kagan's Crimson were the underdogs going into the game with a #6 seed -- facing a #3 seed in Georgetown, which also happens to feature college basketball star Mac McClung.

Oh, and the head coach at Georgetown is NBA legend Patrick Ewing. G.U. was a 6.5 point favorite going into the game.

So, why would Kagan choose a game where her team was facing almost certain destruction?

Because Harvard WON -- shocking the world to overcome the Hoyas in a 71-68 victory!! Maybe it was Kagan's Crimson blazer that inspired the team!

Harvard now moves on to face North Carolina State in the next round of the NIT tournament on Sunday in Raleigh.

The problem for Harvard now ... NC State is really good and JUST missed out on making the NCAA tournament, which people actually care about.