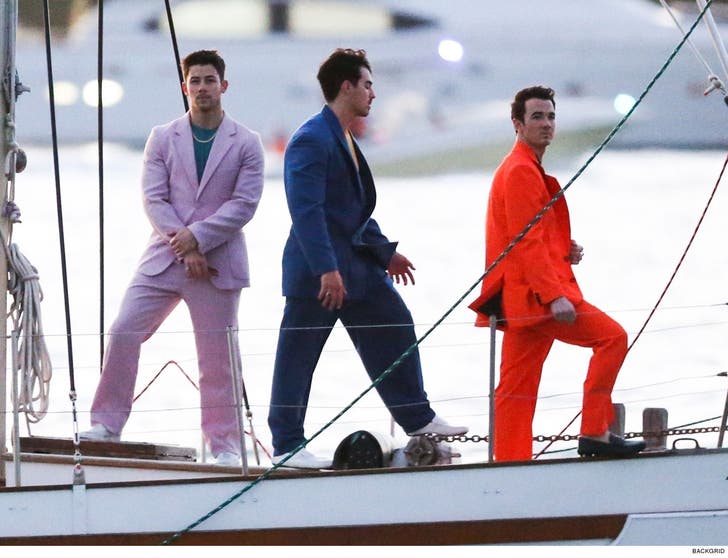 The Jonas Brothers are poppin' in Miami ... with some bright ass colors that are clearly an homage to "Miami Vice."

Nick, Joe and Kevin are down in South Beach shooting their next music video. They're on a yacht and looking very Crockett & Tubbs -- the main characters on the classic TV show, for you kids. The pastels are a nice throwback ... although only 2 of the bros were even alive at the height of "Miami Vice." 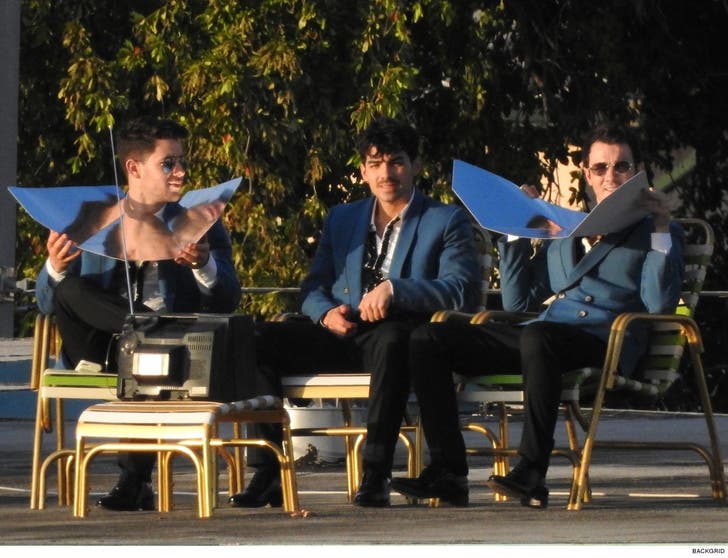 The bros were also seen wearing matching blue suits ... laughing it up while sitting and holding vintage tanning reflectors. Bronze, baby!! Guessing this was also for the music video ... though nobody would blame 'em for trying to get some color. When in Rome! Joe was also spotted with his boo Sophie at the Prince x Unknwn dinner at Swan on Friday.

It's unclear what music video they're shooting but it could be the trio's second release from their upcoming new album. You'll recall they released their "Sucker" music video earlier this month ... featuring their significant others Priyanka Chopra, Sophie Turner and Danielle Jonas.

That music video -- shot in England, btw -- took the world by storm. No sign of the lady Jonases down in the 305, but just in case you need a refresher ... here it is, Sucker! 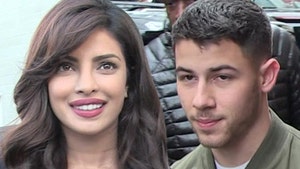 Priyanka Chopra is Not Pregnant, And Alcohol Proves It 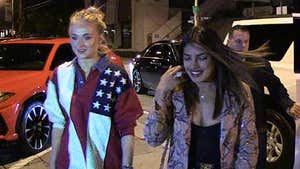