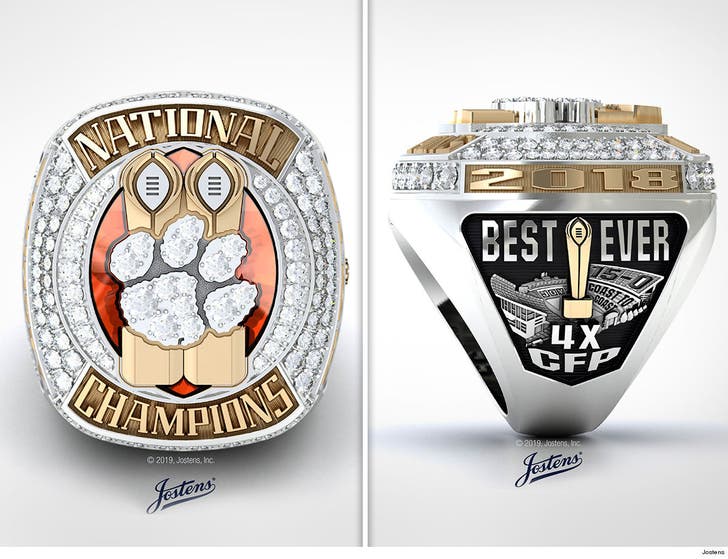 TMZ Sports has learned the "Best Ever" line inscribed into the side of the Tigers' national title rings -- which the team received at a ceremony Wednesday -- is a subtle shot at the Tide.

We're told Clemson heard the constant media talk about Bama being the greatest college football team ever ... and had to hear it for months while they quietly ran through their season, undefeated.

So, after they beat ﻿Nick Saban﻿'s guys 44-16 in January's National Championship game, designers made sure to include the words "Best Ever" on the rings to rub it in. 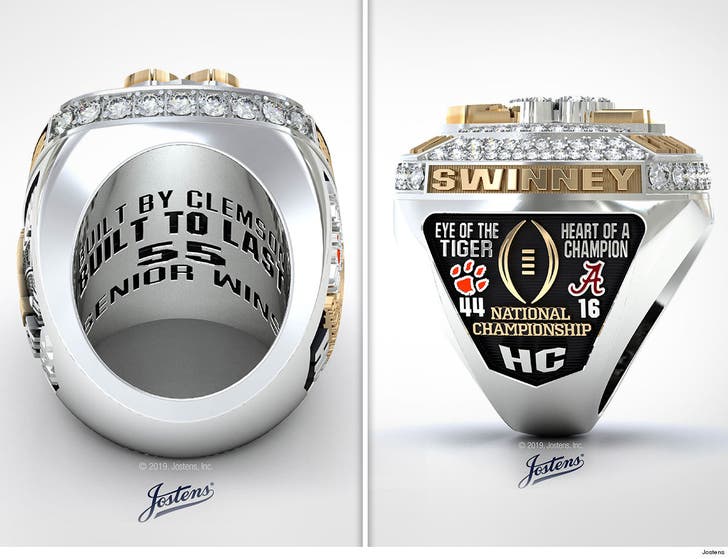 The ring's other features are dope too ... we're told the two CFP trophies represent the Tigers' 2016 and 2018 wins -- and the 14 stones inside the Tiger paw print are for Clemson's 14 straight bowl game appearances.

We've also learned the 18 stones at the top and bottom of the ring represent Clemson's 18 ACC titles ... and the mottos inscribed all over the ring are hat tips toward Dabo Swinney-isms.

The Tigers also received two other sick rings -- also made by Jostens and helped create by Thomas Rhodes -- for their championship season ... one for their ACC title and one for their run in the CFP.

As for how the team feels about them?? Check out the vid below -- something tells us the Tigers are #Allin on 'em!!! 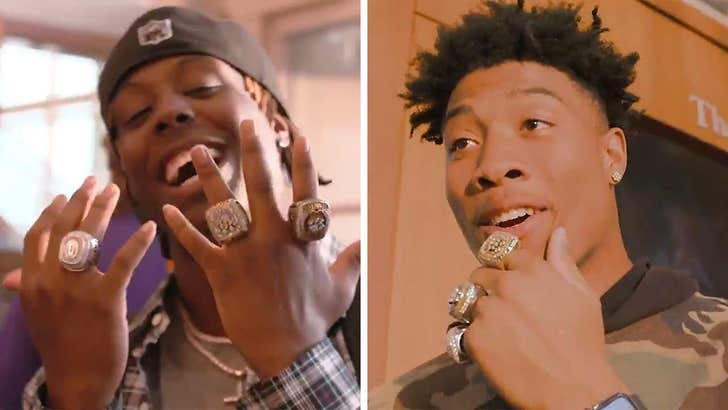 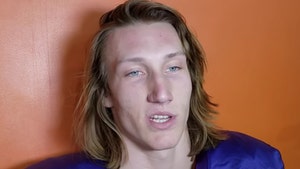 Trevor Lawrence on Clemson Hoops Shoving Incident, 'I Should Be Smarter' 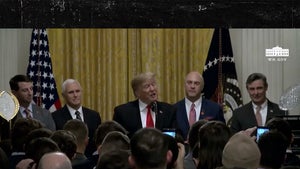