Clemson superstar QB Trevor Lawrence says he never should've put his hands on a student in an intramural hoops scuffle last month ... saying he now understands what it's like to be in the spotlight.

Lawrence -- who led the Tigers in the national title game over Bama in January -- got into a physical altercation with a fellow student at a rec hoops game ... shoving the player twice after trying to set a pick about 80 feet from the basket.

The incident was caught on video and went viral almost instantly.

At the time, Lawrence justified his actions by saying the other player was running his mouth the whole time, while also admitting the shoves were "still probably unnecessary."

Sure Trevor was a little rough, but you don’t set a screen on T-Law. You just don’t. pic.twitter.com/CBMeQvE8VN

Now that the QB has had some time to reflect, he's taking more accountability -- saying he understands why people freaked out over the incident.

"I think everything is just a learning experience," Lawrence told the media after practice on Monday. "You could say you wished you handled something differently, and I do, but ... everyone's watching, and I should be smarter than that."

Lawrence says he made up with the guy after the game and moved on ... even if the media didn't.

"At the end of the day, we're playing a game, and it gets competitive. Me and him shook hands at the end of the game. It gets blown out of proportion, but I gotta know, just because it's me, it's going to get put out everywhere and made a big deal of."

"I just need to be smarter than that." 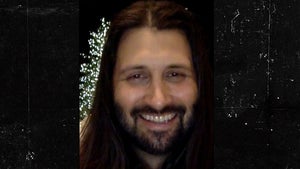