One of the victims shot in the Nipsey Hussle murder has been arrested ... for associating with Nipsey -- TMZ has learned.

Sources with direct knowledge tell TMZ, Kerry Lathan, a 56-year-old man who was shot in the back outside Nipsey's Marathon Clothing store, was taken to the hospital, a week ago Sunday, treated and released.

Five days after the shooting, Lathan, who is out on parole after serving 20 years for murder, was arrested at his halfway house for associating with a known gang member -- namely, Nipsey.

One of the standard conditions of parole is not associating with known gang members, and police claim Nipsey was a member of the Rollin 60's Crips.

Lathan is now in Men's Central Jail in downtown L.A. where he waits as authorities try to revoke his parole. Lathan is in a wheelchair -- the result of the shooting -- unable to walk. 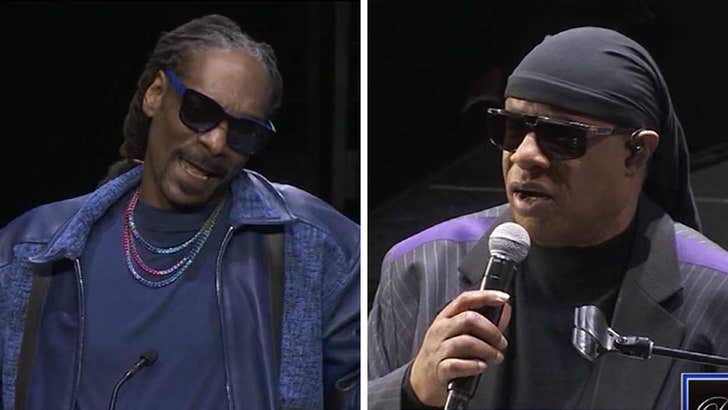 It's ironic ... as Nipsey was being celebrated for his contributions to L.A., authorities were arresting one of the victims of the shooting for being around him. And there's this ... Lathan had just gotten out of prison, and Nipsey went to Marathon to give the ex-con some clothes so he could look fresh when he reunited with friends and family. 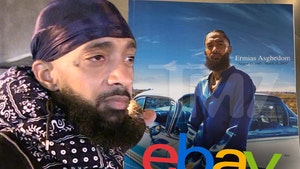 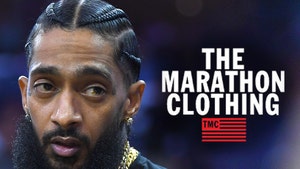 Nipsey Hussle's The Marathon Selling Out After Celebs Step Up