For the first time, Wendy Williams talked about her divorce on her show, revealing what she's got cooking for post-breakup life ... and it's gonna be tons of QT time with her son.

On Monday's episode Wendy made her a clear reference to the fact she's filed to divorce Kevin Hunter. She talked about a new life that'll heavily revolve around her son, Kevin Jr. The crowd also went wild when she announced she's just a few days away from moving out of a sober house.

Check out the clip ... Wendy stopped short of using her estranged husband's name -- remember, he's an executive producer on the show -- but made it clear she's in moving on mode.

As we reported ... Wendy called it quits with Kevin after almost 22 years of marriage amid tons of cheating rumors. 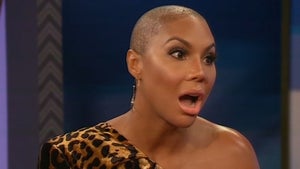