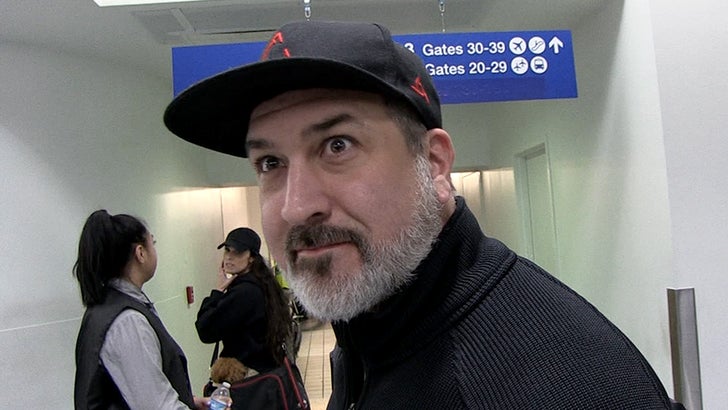 We got Joe at LAX Monday -- a day after he and the guys performed with Ari, sans JT -- and he confirmed what TMZ first reported ... that Justin only skipped the show 'cause he was wrapping up his world tour. 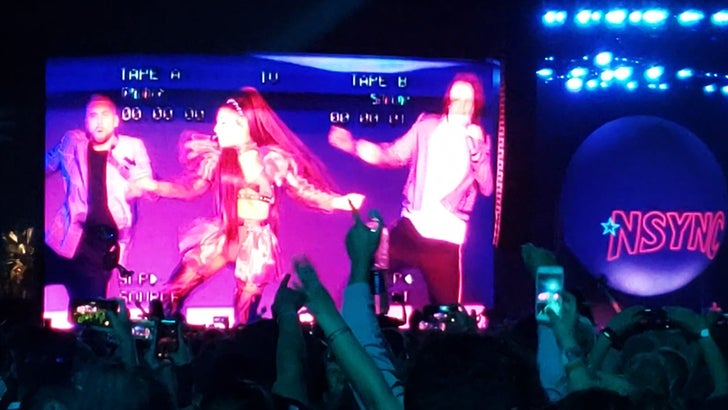 Justin not being there didn't seem to affect the awesomeness of the performance -- Ari and 'NSYNC were definitely, well ... ya know, in sync. Lots of rehearsal time, as you might imagine.

For the record, Justin finished up his Man in the Woods tour Saturday night in Connecticut. If he wanted, he could've technically flown to SoCal and tried to make it work, but as we told you ... the issue was no rehearsal time. Joey backs that up, saying it would've been brutal for JT.

On the subject of any future potential tour with the old band, check out Joey's answer: non-committal, at best ... which you can take either way. Just depends on how badly you wanna see a full 'NSYNC reunion. 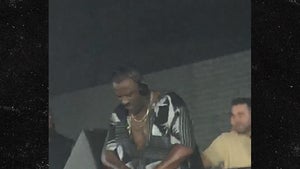 Idris Elba's DJ Set at Coachella Was Packed and Wild 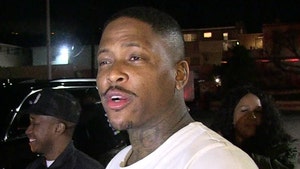