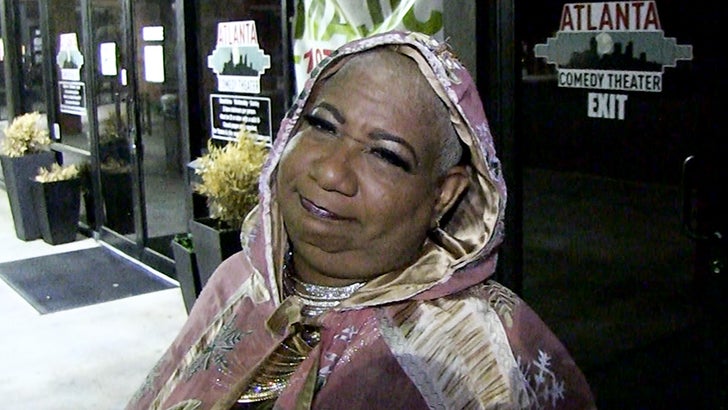 Luenell is disgusted Laura Ingraham still has a job -- after mocking Nipsey Hussle the day after his memorial service -- and says if FOX News won't take action, she wants it handled another way.

The comedian and "A Star is Born" actress was leaving the Atlanta Comedy Theater Thursday night when we asked her about the Ingraham clip ... where she sarcastically calls Nipsey a "dear artist," and laughs at lyrics to a YG song that featured Nip. It's gone viral because people are PISSED.

Here's Laura Ingraham mocking a murder victim, just hours after he was laid to rest, because he opposed Trump 3 years ago. (Also, the man rapping in that video is YG, a person who is not Nipsey Hussle.) For shame.pic.twitter.com/02iBYdr5wo

Luenell says she's seen it and hates it, and tells us there are 3 options for Ingraham -- resign, sincerely apologize or get fired. She doubts any of those will happen.

So instead, Luenell suggests a fourth option, and based on her insinuation here ... it doesn't seem like Laura will like it. For the record, we've reached out to Fox News, but no word back.

Luenell's far from the only celeb incensed by Ingraham's treatment of Nipsey. Justin Bieber recently called for her to be fired too.

In the meantime, Luenell urges advertisers to boycott Laura's show -- like some did when Ingraham ridiculed Parkland student, David Hogg, last year. 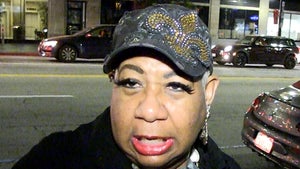 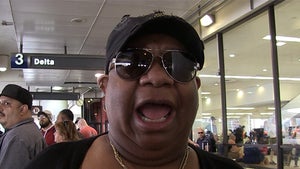