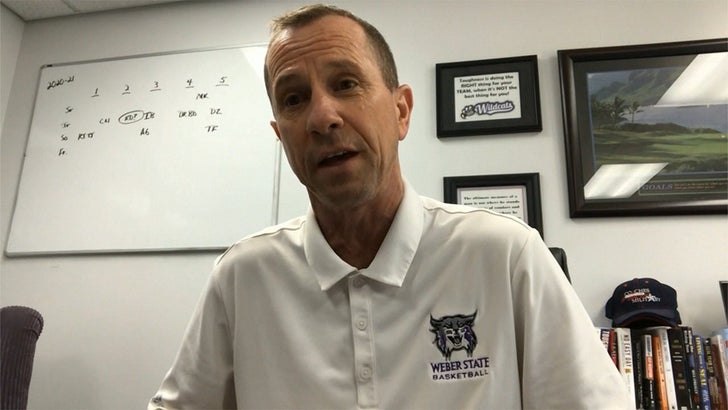 Damian Lillard's college coach could see the Trail Blazers star's game-winning shot coming from a mile away ... 'cause Randy Rahe tells TMZ Sports he predicted it would happen!!!

Of course ... Lillard did just that -- burying a 30-footer in Paul George's eye to send Portland into the second round of the NBA playoffs in insane fashion Tuesday night.

"When it went in," Rahe says ... "it was absolutely the most fitting ending for a performance like that that you could possibly have."

Rahe has seen Lillard do similar things before ... after all, the guy coached Damian at Weber State for 4 years from 2008 to 2012.

But, even Randy admits Dame's 50-point night had him shocked, telling us, "I was in awe."

Rahe also says he couldn't be happier for the dude ... and tells us he even reached out to Damian to say how proud of him he was after the massive shot!!! 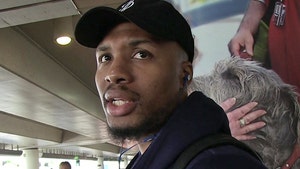