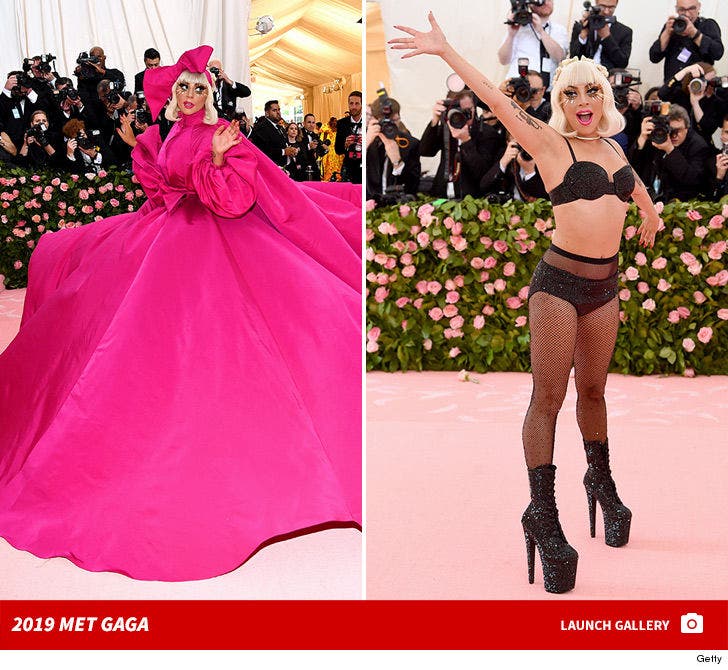 Lady Gaga made one hell of an entrance at the Met Gala ... parachuting into the glitzy event in one super-sized outfit, and then rocking several more -- including one that was almost nothing!

LG showed up in this MASSIVE Brandon Maxwell dress Monday evening in NYC ... where she needed a small army to help her make her way into the Metropolitan Museum of Art. Some of her accessories included a huge bow on her head, giant eyelashes and, of course, a jaw-dropping train.

And, that was ONLY the beginning ... upon arrival, she unveiled an elegant black dress before showing off another pink outfit. The final outfit ... a shiny bra, underwear and heels mashed up with some fishnets.

In case you're wondering ... this year's theme has been dubbed "Camp: Notes on Fashion" to honor writer Susan Sontag's 1964 essay, "Notes on Camp" about society broadening its attitudes toward sexuality ... particularly homosexuality.

This year's theme's not as obvious as last year's "Heavenly" bash ... but as usual, Gaga still nailed it.

Btw, Gaga is one of the co-chairs for this year's annual fundraiser -- so, she's leading by example. Several of them, actually. 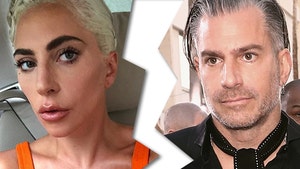 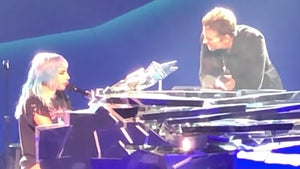