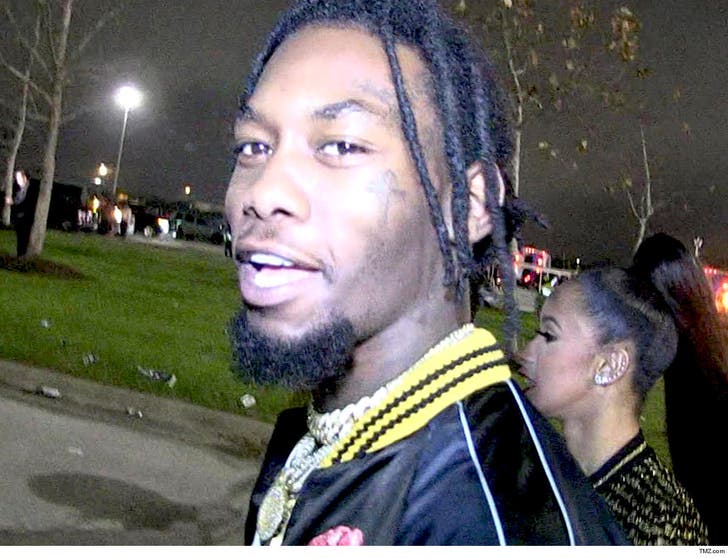 2:34 PM PT -- Offset's attorney, Drew Findling, tells TMZ, "On May 20, the warrant was set aside after extensive good faith conversations with members of the Fulton County District Attorney's Office. Mr. Cephus tendered $160.92 to repair the phone screen -- the full cost of the repair -- and clearly indicating the warrant should never have been issued as a felony in the first place."

Findling continues, "Immediately after paying, a Fulton County Judge signed an order setting the warrant aside."

Offset just got a huge weight lifted off his shoulders ... he won't face charges for allegedly smashing a fan's phone while shopping in a Target store -- but the fan's pretty happy too.

According to police in Sandy Springs, Georgia, the case has been closed by the Fulton County District Attorney's Office.

Law enforcement sources tell TMZ ... prosecutors decided not to pursue charges against Offset after the rapper and the fan, Junior Gibbons, hammered out a mutual agreement on their own. Gibbons previously told us he simply wanted Offset to pay for a new phone.

TMZ broke the story ... a felony arrest warrant was issued for Offset after Gibbons filed a police report over the incident inside the store. Video shot by Gibbons, on his phone, shows Offset smacking the device out of his hand -- and Gibbons claimed the screen shattered when the phone crashed to the ground.

As we reported ... Gibbons said his main reason for filing the police report was to get Offset to pony up for a replacement phone, and he didn't want Offset arrested. 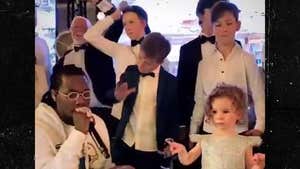 Offset Flies to Russia to Perform at a Bar Mitzvah 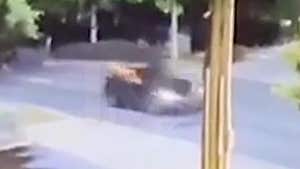