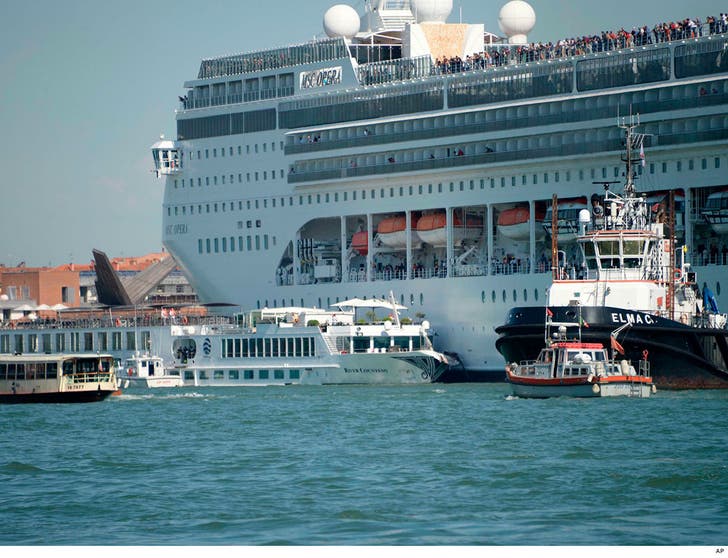 A massive cruise ship sent folks scrambling as it barreled into an Italian dock and bumped into a much smaller boat ... which looked like something straight out of an action movie.

The terrifying moment went down Sunday morning in Venice, where an MSC Opera cruise liner blared its horn as it roared its way toward a busy canal without any signs of slowing down. In video of the incident, you can see people fleeing the scene, realizing the ship wasn't gonna stop.

The ship eventually came to a halt after it pin-balled into the wharf, but not before it made contact with a much smaller tour boat along the way. Local media reports that at least 4 people sustained injuries in the crash -- none of them appear to be life-threatening, though.

As far as what caused this ... MSC Cruises is only saying the ship experienced a "technical issue" while attempting to dock, and an investigation is underway to figure out exactly what happened.

During coverage of the nightmarish collision, people couldn't help but compare the scene to the movie "Speed 2: Cruise Control" ... which ends similarly to the Venetian crash, albeit not nearly as dramatic.

The lesson (as far as we can tell) ... maybe cruises should steer clear of Venice? That place already looks like it's on the verge of sinking as it is. 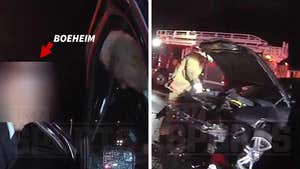 You Might Want to Rethink Breaking News Ride Me Viral News