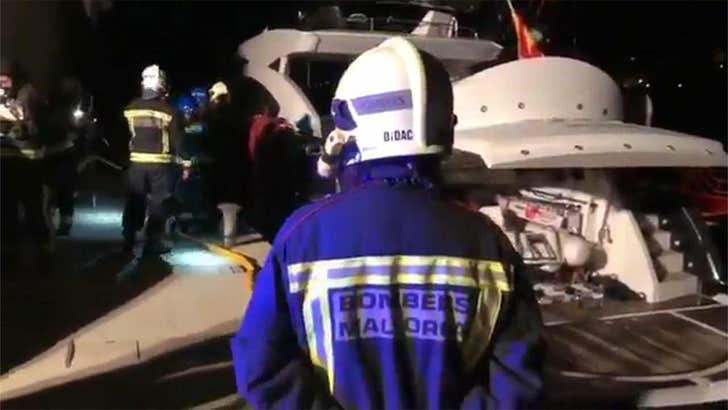 Wladimir Klitschko and his family were SAVED by emergency responders in Spain on Monday -- after the luxury yacht they were traveling on, caught fire at sea!!

The rescue was all captured on video ... as firefighters and other emergency workers rushed to the boat off the coast of Mallorca around 2 AM and sprayed fire-suppressing foam on the boat. 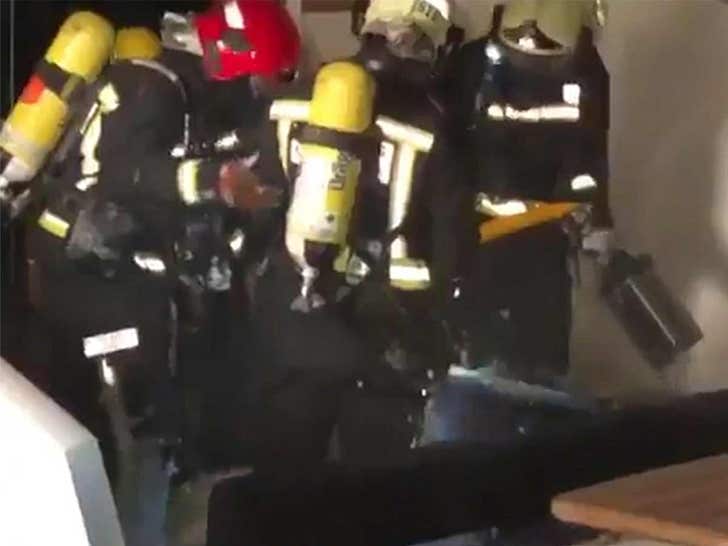 "The boat was on fire, we're hanging out outside," the former boxing champ says on the dramatic video ... "We're in the sea getting rescued from the Mallorcan/Spanish fire department."

The yacht crew had already controlled the fire by the time rescuers showed up -- so responders mostly did some thorough inspection, made sure the fire was out ... and then towed the ship to port. 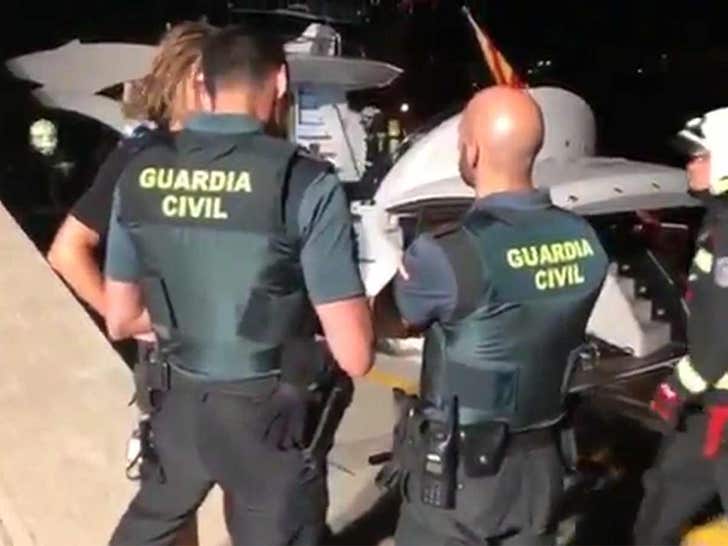 But, during the tow, smoke began to billow out of the engine room -- so the rest of the crew was evacuated to a rescue ship.

After the incident, 43-year-old Klitschko tweeted about the rescue ... saying, "Be careful what you wish for: fate took my wish for "some #adrenalin" a bit too literally and our boat-trip Sunday night ended up in our boat #igniting and family & friends being evacuated by coast guard and fire rescue-team."

"No worries: we are all fine!"

Of course, Wlad is boxing legend ... a 64-5 record as a pro but retired in 2017 after losses to Anthony Joshua and Tyson Fury. 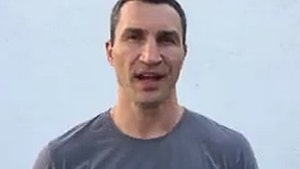