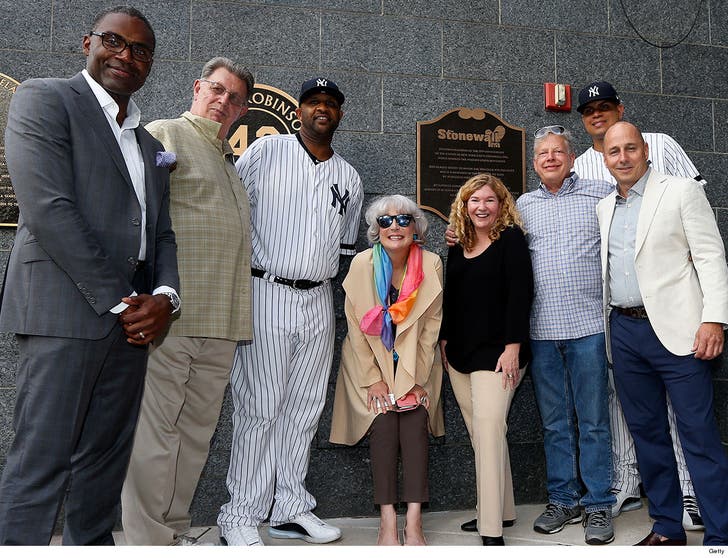 Big moment at Yankee Stadium on Tuesday ... when some of the team's biggest stars helped to unveil a new plaque in Monument Park paying tribute to the gay rights movement.

Pitchers CC Sabathia and Dellin Betances -- along with G.M. Brian Cashman -- held the ceremony to reveal the Stonewall Inn plaque ... which honors the people who fought back during a violent police raid at the Stonewall Inn gay bar in NYC back in 1969.

The incident at the Stonewall is credited with igniting the LGBTQ rights movement. 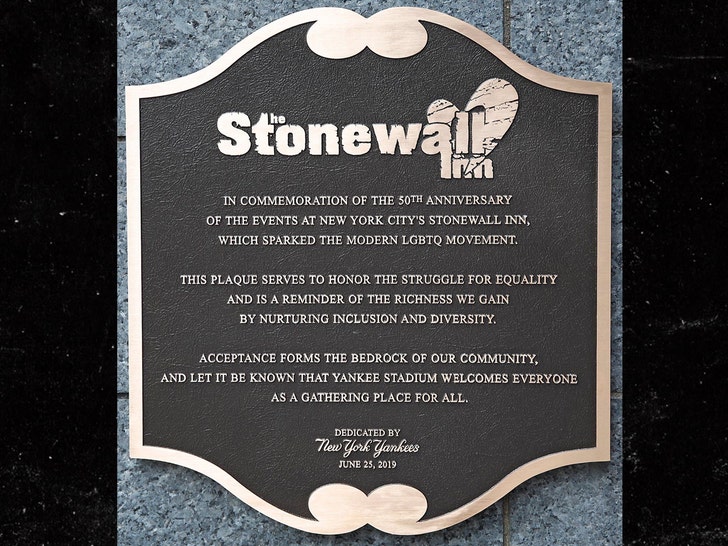 In fact, the current owners of the Stonewall Inn -- which is still operational in Greenwich Village -- were also on hand for the ceremony.

In addition to the plaque, the Yankees are also working with owners Stacy Lentz and Kurt Kelly to create a scholarship benefiting LGBTQ public school students.

"[The Yankees have] gone beyond a Pride Night," Lentz told the NY Daily News ... "They understand that having a permanent fixture when fans come here, LGBTQ fans are going to feel safe and welcome."

Cashman told the media, "We want to be an organization that represents inclusion and safe harbor. We try and make a difference that way."

Yankees manager Aaron Boone added, "You wear this uniform, you work for this organization, it carries a lot of weight. I think that it’s important as an organization we welcome everyone, not only to work for this franchise but from a fanbase.” 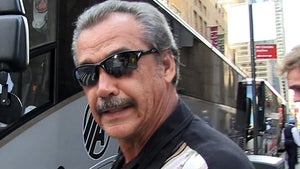