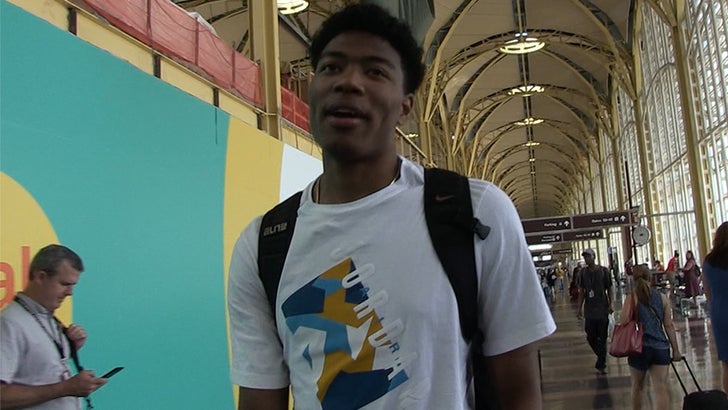 You're looking at the face of Cup Noodles ... the biggest star to come out of Japan in years -- NBA rookie Rui Hachimura -- who's telling TMZ Sports why he's PUMPED to get his NBA career going in the U.S.

The 21-year-old became the first Japanese-born player selected in the 1st round of the NBA Draft when the Washington Wizards took him with the 9th overall pick ... and man, he looks stoked!

ドラフトを待たずして、
まさかの日清食品から1位指名が笑😂
I didn’t know if this day would ever come. I am happy to announce I have been drafted by Team NISSIN @CupNoodle_jp @OrigCupNoodles 😂 pic.twitter.com/a9d63PKMU4

And, get this ... we asked Rui if he feels any pressure now that he's in the NBA, dude SCOFFED -- telling us his rabid fan base back home has already prepared him for NBA superstardom.

"It's been always like this," Rui said ... "but right now especially its crazy."

The 6' 8" Hachimura gained a massive following playing for Gonzaga ... making an Elite 8 run in 2019 and earning the West Coast Conference 2019 Player of the Year honors.

He signed a massive deal to endorse both Cup Noodles and Nike -- and you can tell he's fired up about it!

We also asked if he thinks he'll be able to sell more jerseys back home than #1 overall draft pick Zion Williamson ... and ya gotta check out what he says!! 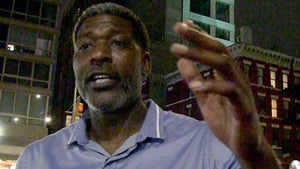 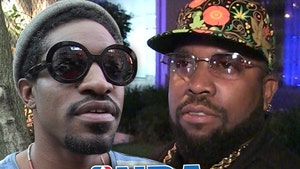