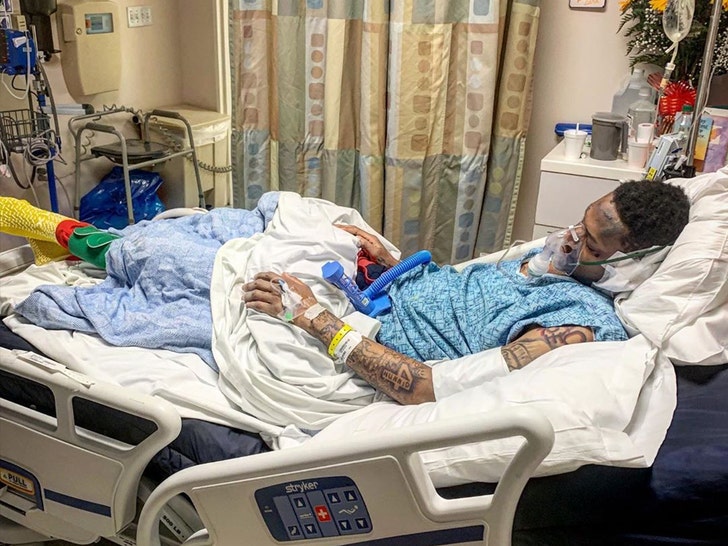 Slim 400 owes his life to the hospital staff who are treating him after getting shot 9 times -- and while he's got a delicious way to pay them back ... he's also poking fun at whoever fired on him.

The rapper just posted the first shot of himself since he was gunned down in Compton a couple weeks ago. The hospital bed shot shows he's still in bad shape after the attack, but his sense of humor's clearly intact.

As Slim put it, "I wanna thank the staff at the hospital for helpin me shake back" and says he owes them grub from Roscoe's House of Chicken and Waffles or Taco Mell Catering for life.

Slim also has a message for his shooters ... "God I thank whoeva was poppin 4 buyn them shells at walmart I’m here 4 a reason Hol’Upppp." Translation -- your cheap ass bullets couldn't kill me.

We broke the story ... 400 got out of ICU earlier this week and he's now in stable condition, but he has a long road of recuperation ahead of him. Our sources say he's expected to remain in the hospital for quite some time.

Considering Slim's undergone 4 surgeries since being rushed to the hospital with 9 gunshot wounds to multiple areas of his body, it's amazing he's in as good of shape as he is ... and seemingly in good spirits.

So far, no suspects have been identified in the ambush shooting. As we first told you, the gunmen hopped out of their drive-by vehicle in an attempt to kill Slim ... but fortunately he survived.

His friend, YG, says despite the scary ordeal ... he vows to "stay dangerous." 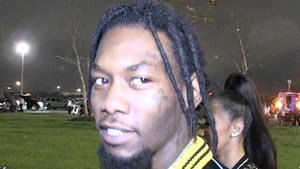