Slim 400 wasn't meant to die after being shot multiple times this weekend -- so says his good pal, YG.

The Compton rapper -- and good friend of Slim -- was leaving LAX Monday, where he gave us an update on how his friend was doing after being gunned down Friday night.

He says he hasn't had a chance to see him yet, but lets us know straight-up -- guys from '400' crew don't go down easily. He also explains what he and his boys are gonna do now going forward as far protecting themselves ... check it out, sounds like a warning shot.

As far as how serious this shooting was, we've learned Slim 400 took 9 bullets to his body -- and based on where they hit, it's a miracle he's expected to be on his own two feet again.

Sources familiar with the situation tell TMZ ... Slim is still in critical but stable condition as he recovers in a hospital after being gunned down Friday night in Compton. We're told doctors found he'd actually been shot 9 times, as opposed to 8 ... as we'd previously been told.

This is where he was struck, per our sources -- his upper and lower back (multiple areas), his face (jaw area, specifically) and the top of his head, which caused some internal bleeding that was dealt with in surgery. Again ... absolutely stunning the guy survived.

There's also this ... we're being told Slim's jaw has been wired shut as a result of the facial gunshot wound. Our sources say he's still heavily sedated at this point, but is expected to make a full recovery in the coming weeks.

TMZ broke the story ... Slim was rushed to the hospital after the attack. No word on what led up to the shooting or who the culprits might be, but cops are investigating. 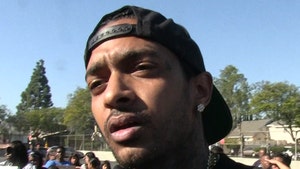 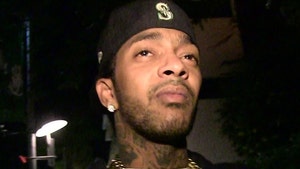