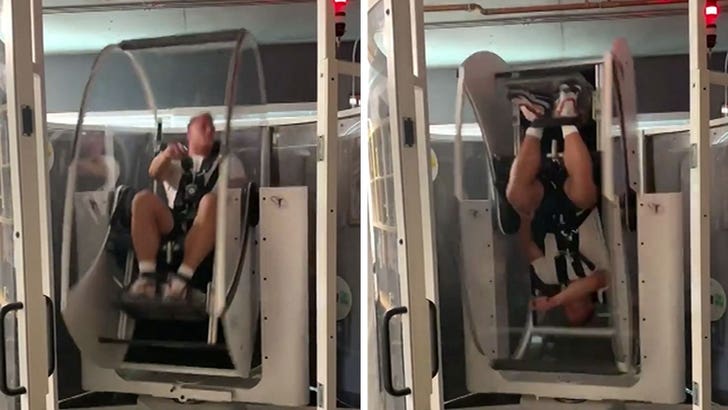 By spinning like a bunch of clothes in the dryer ... with a laser pointer in his hand!!!

TMZ Sports has learned the Carolina Panthers superstar has been hitting up NeuraPerformance in Denver in order to get his brain right for his 3rd NFL season.

We're told the way the training works is Christian shows up for a 30-to-45-minute session ... and as part of the workout, he vigorously tosses around in a machine designed to help his mind.

Caldwell says the machine trains the brain to process information faster ... and can also lead to improved balance.

McCaffrey has been using it for a while ... and he's gotten so good at it, we're told the RB views it as his "secret weapon."

Tough to argue with the results ... Christian's a beast on the field.

Plus, it hasn't seemed to hurt his off-the-field game, either ... 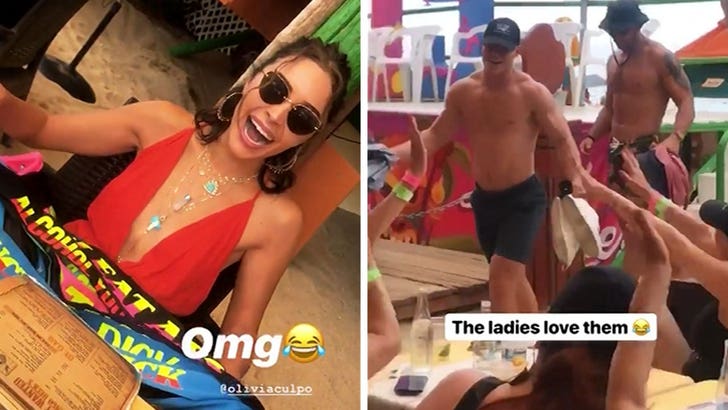 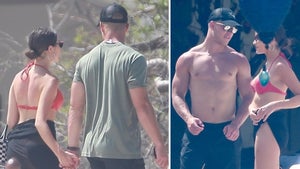 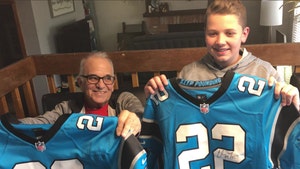