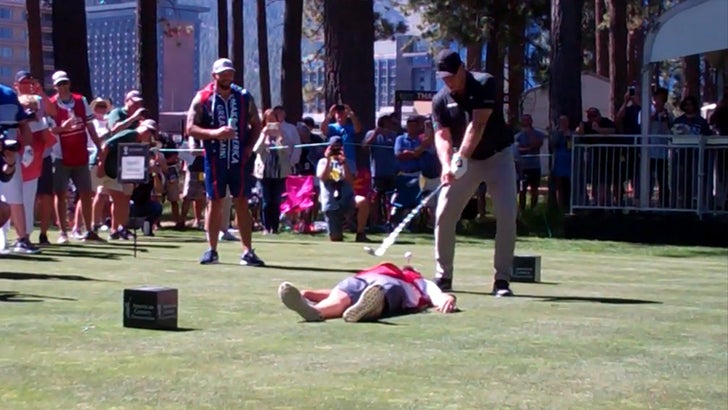 File under: "ARE YOU OUT OF YOUR DAMN MIND!?"

NHL great Jeremy Roenick -- known for his crazy-powerful slap shot -- decided to tee up a golf ball in his caddy's mouth Thursday ... and the video -- taken by a fan -- is INSANE!!!!

It all went down at the American Century Championship in Lake Tahoe -- a celeb packed golf tourney.

Roenick was getting some practice in on the 7th hole when someone came up with the idea to put a tee in his caddy's mouth to see if the former Flyers star could pull off John Daly's famous party trick! 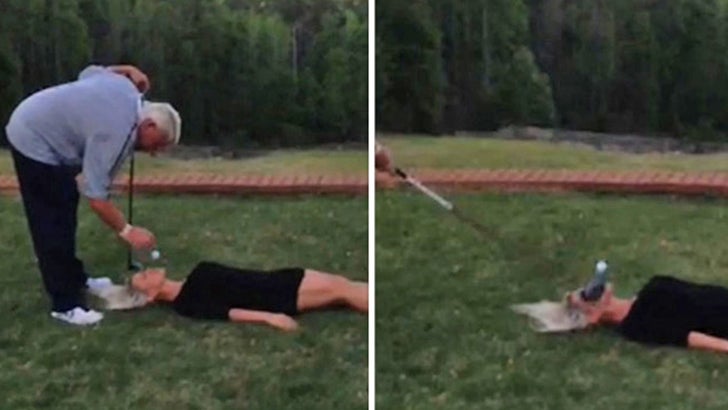 Here's where it gets crazy ... the caddy was so nervous, he kept moving the tee around in his mouth, causing the ball to fall off multiple times while Roenick was getting ready to swing!!

But, the 49-year-old NHL great kept his composure ... kept his concentration ... and when it came time to swing, he CRUSHED IT!

It might look easy, but do NOT try this at home -- we've seen stunts like this go south ... just as Playboy model Liz Dickson whose butt was obliterated by a radio DJ with a terrible swing. 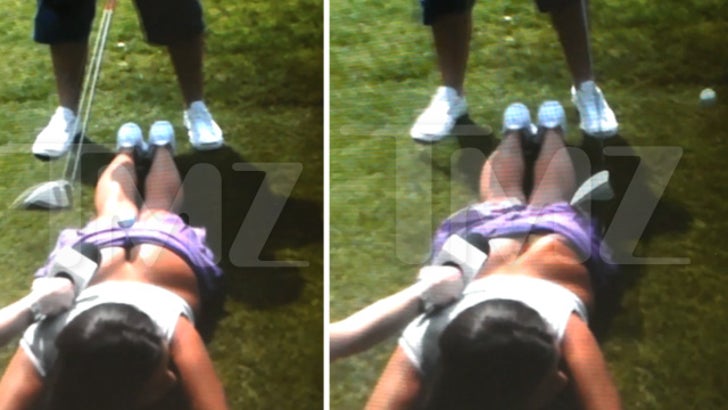 Jeremy's not the only huge star at the tourney -- Steph Curry is set to participate ... same with Charles Barkley, Justin Timberlake and Jerry Rice -- who ripped his shirt off and grinded with a chick in a g-string at a post tourney party in 2015.