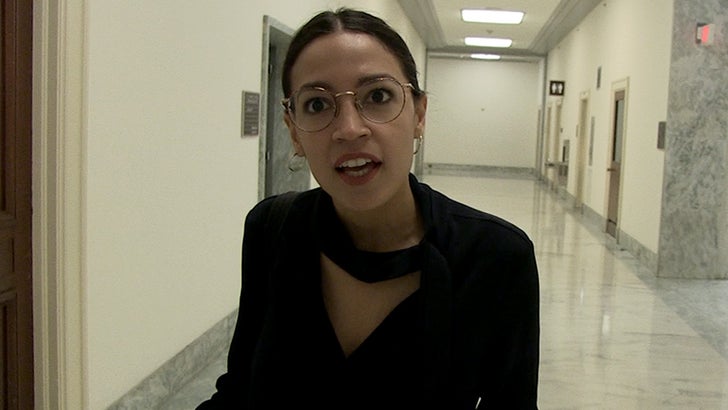 Rep. Alexandria Ocasio-Cortez thinks President Trump is splitting hairs by saying he doesn't have a racist bone in his body -- 'cause he's got plenty of other bigoted body parts.

We got AOC Tuesday roaming the halls of Congress on Capitol Hill, just a day after she and 3 other Democratic congresswomen publicly rebuked Trump, again, for telling them to go back and fix the countries "from which they came."

With the House of Representatives now preparing a resolution to formally condemn his racist remarks ... the Prez defended himself, saying, "Those Tweets were NOT Racist. I don’t have a Racist bone in my body! The so-called vote to be taken is a Democrat con game. Republicans should not show “weakness” and fall into their trap."

Those Tweets were NOT Racist. I don’t have a Racist bone in my body! The so-called vote to be taken is a Democrat con game. Republicans should not show “weakness” and fall into their trap. This should be a vote on the filthy language, statements and lies told by the Democrat.....

Our photog asked the NY Congresswoman about the "racist bone" comment, and she says he's got a lot more problems in that department than just his bones. Watch.

She also gets into the delayed roll-out for the new Harriet Tubman $20 bill design -- which many people thought Trump's cabinet was responsible for slowing, but it's since been confirmed as something that was never gonna happen in 2020, even on Obama's watch.

AOC says it'd be a huge step in the right direction if Trump makes sure that happens as planned. If that sounds like she's complimenting him, don't panic ... the world isn't ending. She closed with a jab. 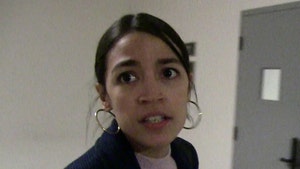 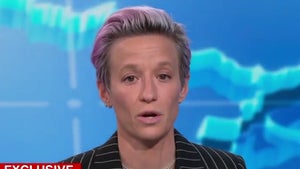 Megan Rapinoe to Trump, 'You're Excluding People Like Me'