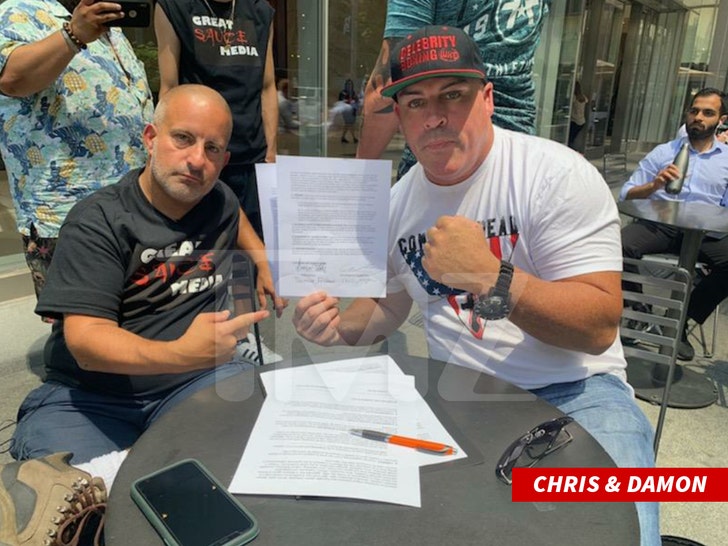 The short guy who lost his s*** in the New York bagel shop last week is putting his viral fame to good use ... by getting in the ring and beating the crap outta other "celebs."

Chris Morgan just inked a deal Monday with fighting promoter Damon Feldman -- who's arranged for Chris to put on some boxing gloves and go toe-to-toe with someone later this year in Atlantic City. We got him out with his new crew ... and he seemed pretty excited. 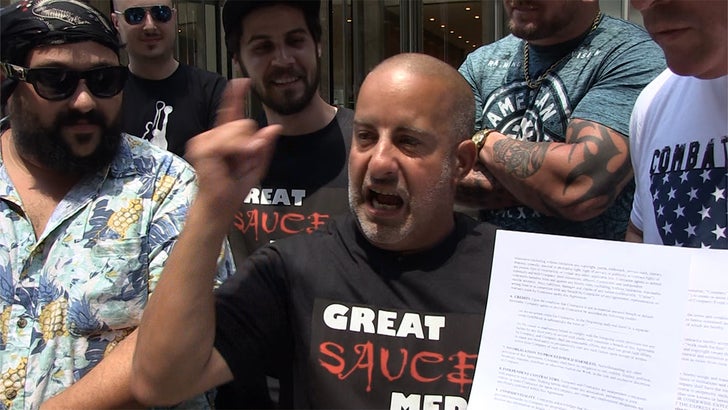 Not as fired up as he was in Bagel Boss, of course, but stoked nonetheless. Chris tells us he's willing to take on anybody foolish enough to face him ... and needs minimal training.

He might wanna rethink that, considering he got railroaded by a much bigger guy in the store. If his opponent is even a few inches taller than him -- Chris might have a hard time.

As for the fight itself, we're told the bout is currently booked for September 7 at the Showboat Hotel. And, while no definitive opponent is set in stone quite yet ... he could face someone just as viral -- Antoine Dodson (the "hide yo kids, hide yo wife" guy).

Damon says Antoine is currently on the same card as Chris -- so it's possible they might square up at some point. Money-wise, we're told Chris stands to make anywhere from 5 to 6 figures ... depending on ticket sales and online streams.

BTW ... Chris gave us some insight into how he plans to take home a W come September. Sounds like he's gonna channel his inner demon and let the claws fly!!! 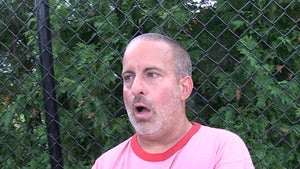 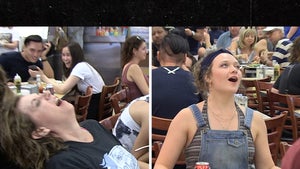