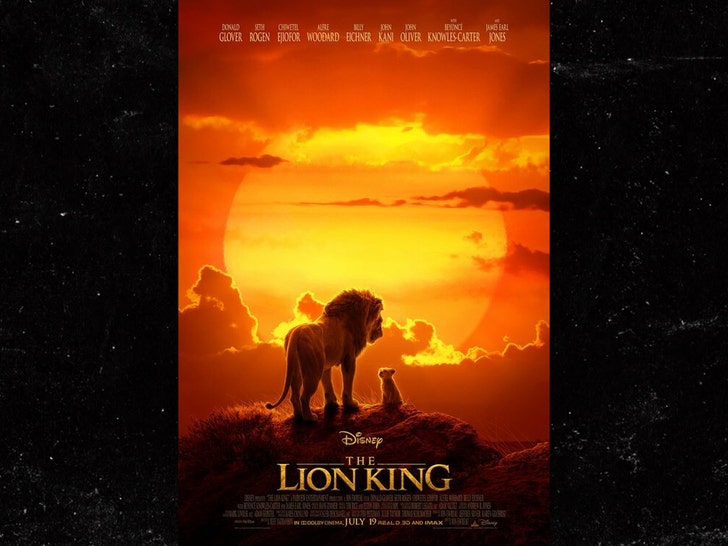 The live-action 'Lion King' reboot was swimming in money this weekend here in America -- making it one of the best openings ever ... this in spite of critics kind of sh***in' on it.

Jon Favreau's latest re-imagining -- he also did the live-action version of "The Jungle Book" in 2016 -- hauled in a monster box office number in the North American market over the past few days, making an estimated $185 million ... and soaring past expectations.

The huge payday launched 'Lion King' into the 9th slot for highest-grossing opening ever (under "Avengers: Endgame," 'Infinity War,' 'The Force Awakens,' and other behemoths at the top) while also marking the largest July opening for a PG flick ever. In short, Disney made lots o' $$$$$$$$.

The funny thing is ... the movie is relatively so-so, according to critics anyway. It's got a 55% rating on Rotten Tomatoes and Megacritic -- which ain't good -- but folks still shelled out.

The biggest gripes about Disney's latest live-action revival is that the lions don't have any discernible facial expressions regardless of what's happening -- unlike the cartoon, which is very expressive throughout the roller coaster of events (RIP, Mufasa).

Not only that, but the biggest showstopping songs are a shell of themselves, and Beyonce barely gets any screen time -- yeah, we've seen it ... critics are sorta spot-on.

Nevertheless, it appears fond '90s memories drew moviegoers into theaters and took their cash. Nostalgia did it again. 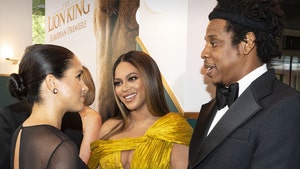