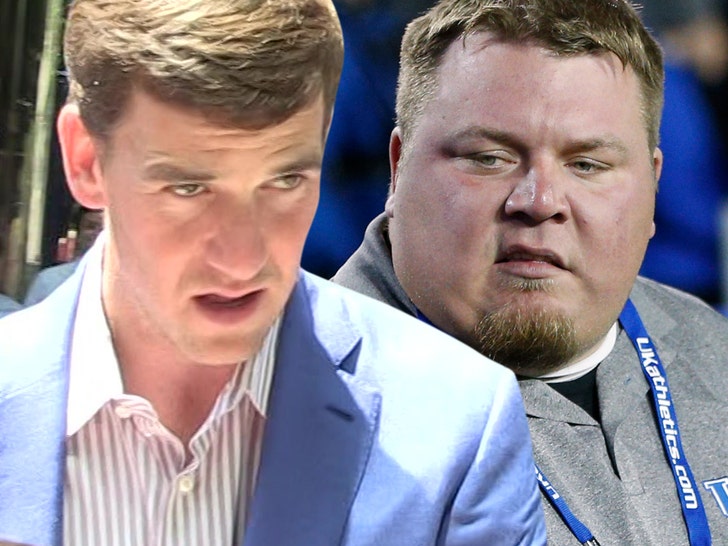 Eli Manning says the death of his former New York Giants teammate, Jared Lorenzen, hit him pretty hard ... saying, "I went to the funeral and I saw his parents, to see his kids, it’s just sad."

Lorenzen was Manning's backup during the 2006 NFL season, when the Giants beat the New England Patriots in the Super Bowl. Before that, they had been friends for years.

Lorenzen -- aka the Hefty Lefty -- passed away on July 3 ... and Manning (along with NY Giants co-owner John Mara) flew to Kentucky to pay his respects to his friend at a small burial service.

"We came in at the same time, competed against him in college, we were friends here for four seasons, won a Super Bowl, had so many good memories," Manning told the New York Post.

Lorenzen's father, Joe, praised Eli for coming out to the funeral -- and for being a good friend to Jared over the years. 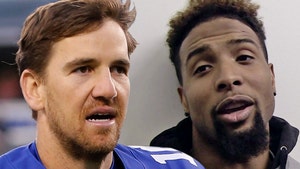