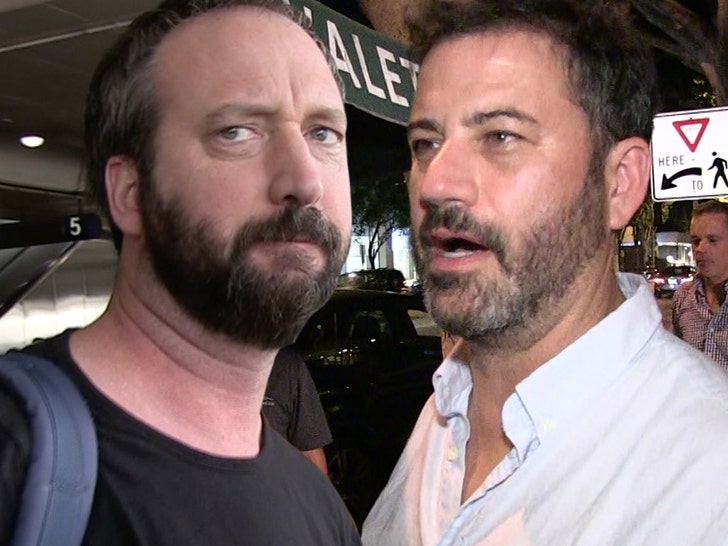 Tom Green's is no laughing mood over a Jimmy Kimmel prank, because he did the same thing years ago ... and got ripped off without even a shout-out.

The comedian just shared a salty video on his Instagram, ripping Kimmel for stealing his decades-old bit where he paints his parents' house while they're out of town ... except Jimmy's target was his aunt.

As Tom sarcastically asks, "Wonder where ya got that idea?!"

Green accuses Jimmy of blatantly ripping him off and refers to him as a joke thief, and seems pretty exasperated over TV shows swiping his old ideas and using them as their own.

He doesn't list other examples, but it sure looks like he has a pretty strong case here. Of course, Jimmy actually pulled this prank on his aunt in 2010 ... he just shared again for #throwbackthursday.

Still, Tom points out when stand-up comics get caught stealing jokes, they get crucified ... and he's miffed Kimmel seems to be getting a pass.

The good news -- for Jimmy -- is Tom says he's a fan and offers a way for Kimmel to make it up to him ... just give him some freakin' credit.

Or, if he really wants to make it right ... perhaps Jimmy can let Tom put his bum on his lips.

We reached out to reps for Kimmel and they had no comment. 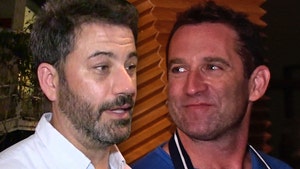