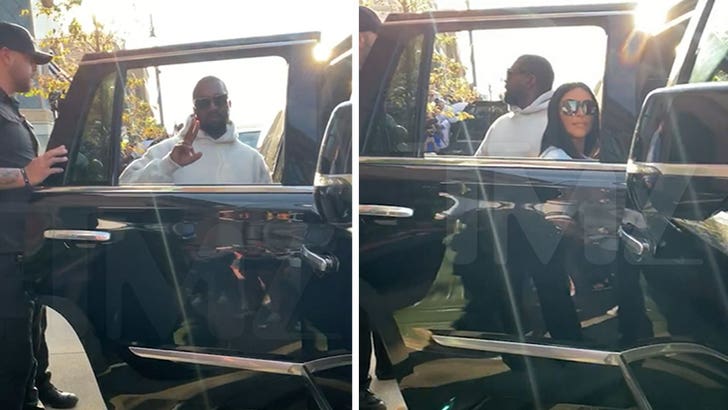 Kim Kardashian has now joined Kanye West's in Ohio ... and they're doing cheesecake for dinner.

Kim and Kanye were spotted leaving a Cheesecake Factory restaurant Saturday evening in Beavercreek, OH -- a city about 15 minutes outside of Dayton -- where they were ushered into a waiting SUV with security nearby.

We're told their son Saint, and daughter North, were with them for the hour-long dinner, which got started 6 PM. No word on what they chowed down on, but it's Cheesecake ... they got a lot of options (no specials though, apparently).

Anyway, Kim and Kanye definitely weren't trying to stay on the down low -- check out our video. You see them interacting with the crowd outside ... from a safe distance, of course. Kim said hi to some fans, and Ye flashed a peace sign. 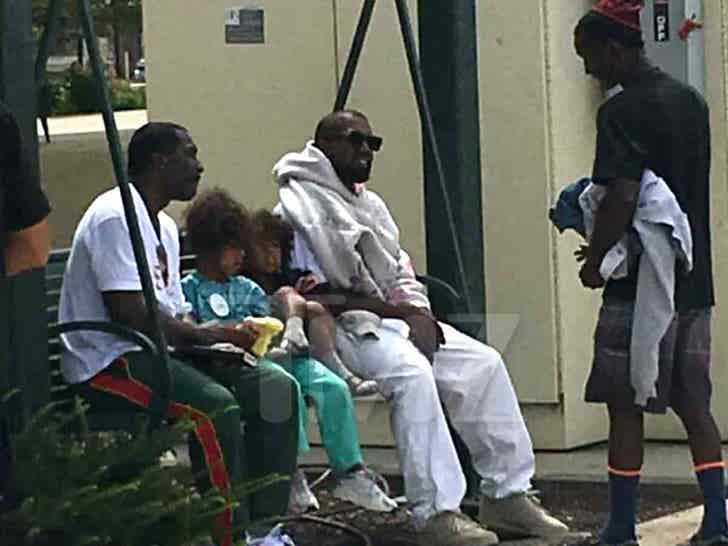 Kim's appearance here comes a day after Kanye was seen roaming the streets of Dayton with other family members, including what looked like some of his kids.

Ye is doing a Sunday Service in the area, which would line up with a show Dave Chappelle is putting on the same day to honor those who died and were injured in the latest mass shooting. As you know, at least 9 people were killed ... less than 24 hours after another mass shooting in El Paso, TX, which claimed more than 20 deaths. 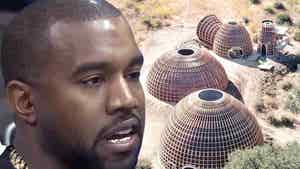 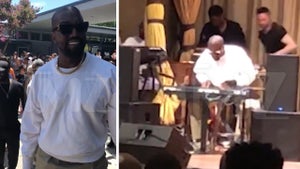