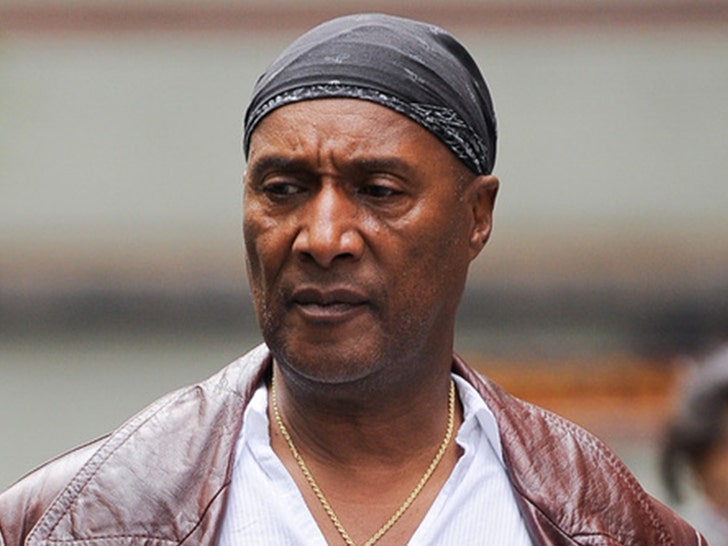 6:03 PM PT -- We've learned the owner of the Atlanta Comedy Theater has now offered full refunds to those who were expecting to attend the show tonight. He's also passing out free tickets for future shows.

Paul Mooney isn't leaping at the opportunity to show his face in public after being accused of misconduct with Richard Pryor Jr. -- the comic just pulled out of a show -- and we're told he'll be taking the next few weeks off.

Mooney was set to take the stage Wednesday in Atlanta at the ATL Comedy Theater, where he was serving as the MC for the night in a long lineup of comedians. But, a sign outside the venue made it clear ... PM wasn't going to show.

The sign reads, "ATTENTION!! Paul Mooney is NOT on show tonight due to health reasons. We will transfer purchase to Faizon Love or Donnell Rawlings. Let box office know." 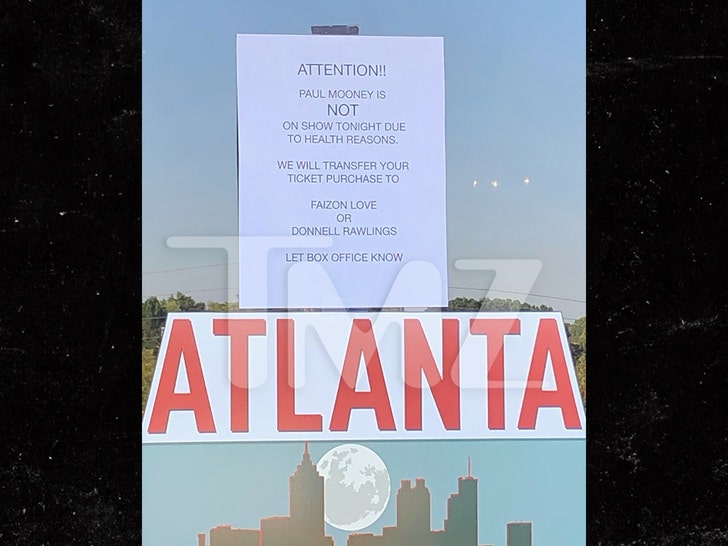 It's unclear what exactly that means, as neither Donnell or Faizon are booked to perform at the Comedy Theater anytime soon. Either way, sounds like refunds are a no-go.

A rep for Paul tells us the allegations recently made by Richard Pryor's former bodyguard have seriously stressed Mooney out ... and he needs to lay low for awhile. We're told he'll be canceling all of his scheduled appearances in the next few weeks until things simmer down.

As we reported ... Pryor's former security guard alleged that Mooney had had sex with Pryor Jr. when he was young, and that when Richard found out .... he wanted Paul dead.

RPJ appeared to address the situation himself when we ran into him in NYC this week. He didn't name Paul, but said he had been molested as a teen ... no further specifics.

Of course, Paul has vehemently denied the allegation ... saying there's no truth to it whatsoever. He says he and Richard remained friends for years.