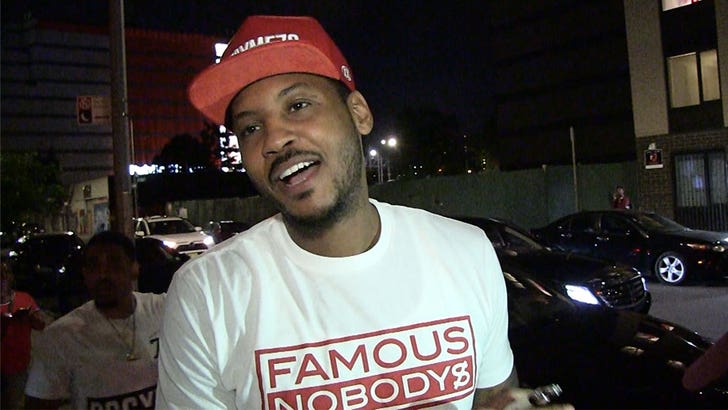 Carmelo Anthony is all in on joining forces with Kevin Durant and Kyrie Irving in Brooklyn ... telling TMZ Sports he considers the 2 NBA superstars "family" ... and teaming up would be "bigger than basketball."

The 10-time All-Star has been jobless since November ... but has publicly made it clear he's NOT ready to ride off into the sunset just yet.

KD and Uncle Drew don't want that to happen either, with the new Nets ballers reportedly "pushing" for the team to sign the 35-year-old free agent.

We spoke with Melo out in NYC on Saturday night about being recruited by the pair of NBA champs ... and he seems more than ready to team up.

Anthony also has a message for everybody campaigning to get him back in the league ... and says he's ready to get to work.

"I appreciate all my fans. Everybody, it's nothing but love. I'm good. Me and my family good. That's all that matters. I'm 10 toes down. I feel better than I've ever felt." 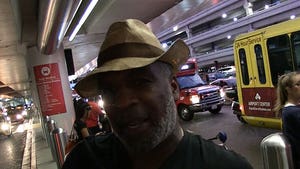