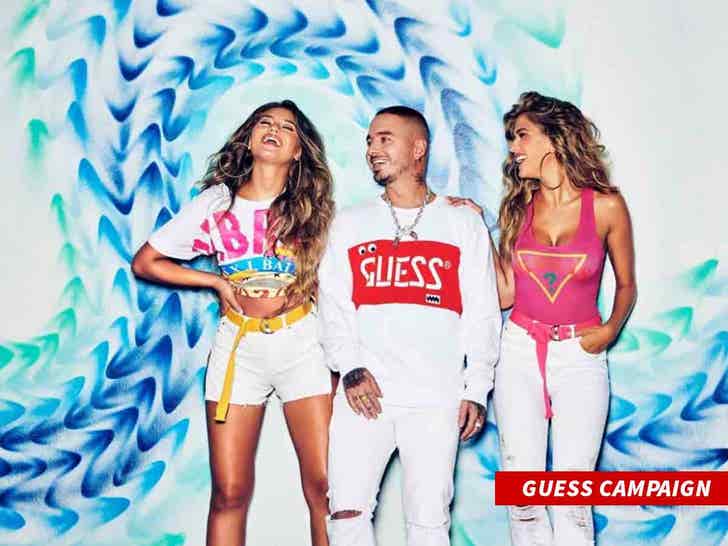 Guess is in hot water with a mural artist who claims the clothing giant straight-up jacked his work to pimp reggaeton megastar J Balvin.

Mural artist Douglas Hoekzema -- aka Hoxxoh -- is suing Guess claiming the company never got his permission to use one of his popular murals, dubbed "HoxxoH," as the background for its J Balvin collection campaign.

According to docs, obtained by TMZ ... Hoxxoh says he completed the mural in Miami's Little Haiti neighborhood back in 2015, and owns the copyright to the mural.

In his suit, Hoxxoh says Guess -- as part of its marketing campaign -- photographed the "Mi Gente" singer in front of the mural with models wearing his Vibras collection. Hoxxoh says Guess plastered the images on billboards, catalogs, social media posts and videos -- all without his greenlight.

The artist -- known for his large-scale murals across Miami -- says his work is instantly recognizable because of its "distinctive motif of interlocking and radiating curves" ... which is easily visible in the Guess campaign.

J Balvin is NOT being sued. We've reached out to Guess, so far no word back.