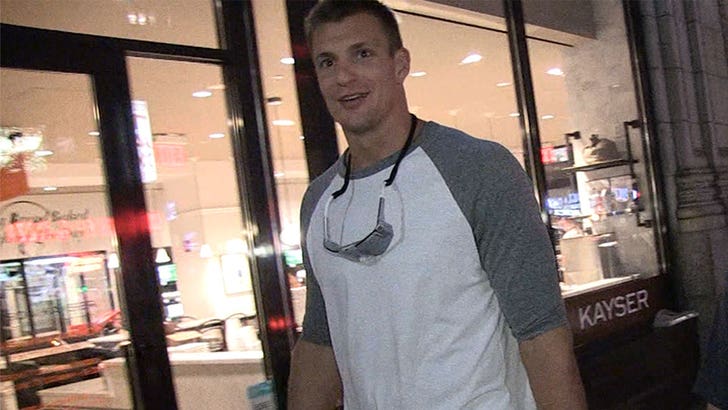 Rob Gronkowski says the 2019 Patriots are a bunch of "BEASTS" -- and he's even joking about unretiring and getting back with his squad in week 14!

The 30-year-old tight end was RAVING about his former (?) team on the way out of Barstool Sports on Monday night ... where he joked with El Pres Dave Portnoy that week 14 would be a great time to come back to the Pats!

It’s official. @RobGronkowski will be back on the @Patriots week 14. His words. Not mine. pic.twitter.com/uPxzoTLZsv

As we previously reported, Gronk said he retired because his body was just too banged up and he wasn't having fun playing football anymore. But, he left the door open for a return if he felt good.

Fast-forward to Monday ... one day after his Pats smashed the Steelers and Gronk couldn't have been happier for New England.

"Patriots killed it last night, man!! They're a good team! They're always gonna be good man ... They got Brady, Belichick and Kraft. Never gonna beat that!"

As for Antonio Brown, it's clear Gronk thinks AB will help an already impressive offense -- "They're beasts! They're all beasts! Everyone's a beast on the Patriots, baby!"

So, will Gronk come back and join the rest of gang before the end of the season??? 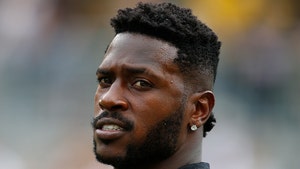