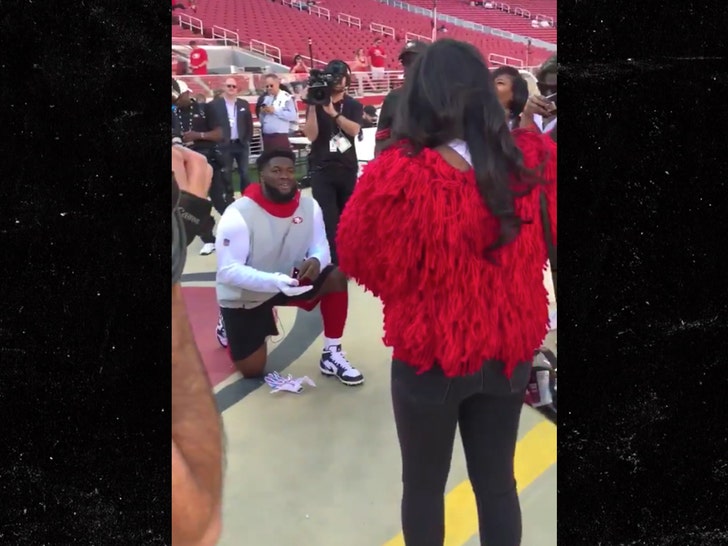 No matter what happens on "Monday Night Football" ... 49ers D-lineman D.J. Jones is still winning -- 'cause the guy proposed to his GF before the game -- AND SHE SAID YES!!!

The scene was amazing ... just an hour or so before Jones' Niners squared off with the Browns -- he decided to pop the surprise question to his girlfriend, Kayla Fannin.

Jones told her to look up at the sky ... and when she turned her head, the 24-year-old quickly got down on one knee.

When she turned back around ... the magic happened -- 'cause he asked her to marry him, and she told him of course!!!

The two have been dating for a few years now ... she's been coming to his games every so often -- and the couple is adorable!!! 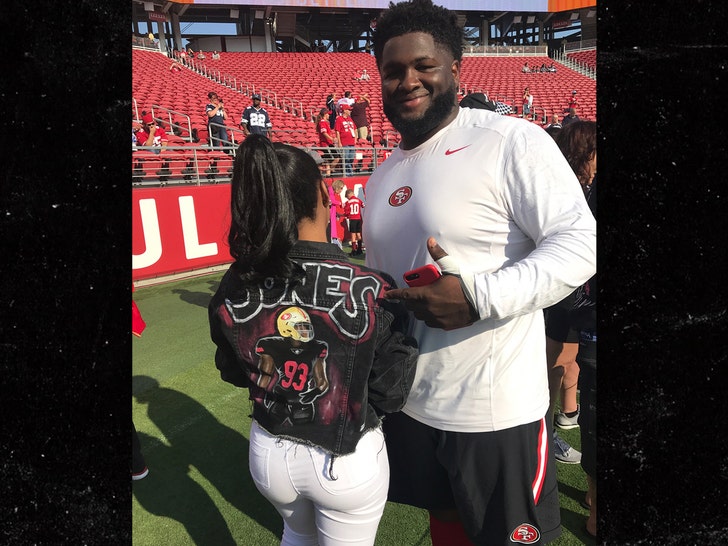 As for Jones' on-field play, he's been a regular starter for the Niners this season ... and we'll all be watching to see if the good pregame news gives him a boost. 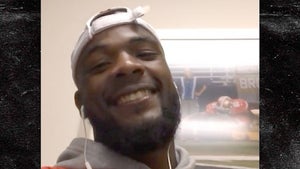 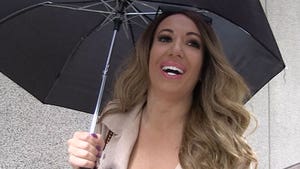