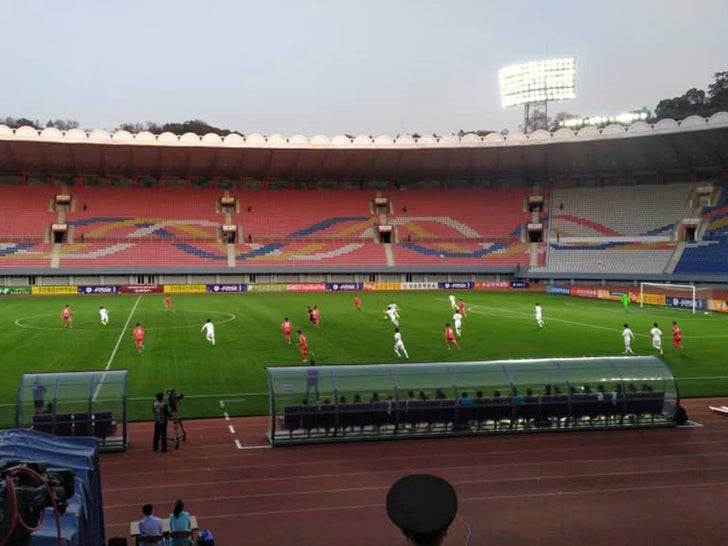 North Korea faced off with South Korea in a historic soccer World Cup qualifier ... but nobody saw it -- 'cause North Korea didn't allow fans in the stadium OR a TV broadcast.

The meeting between the two teams on Monday -- which ended in a 0-0 tie -- was surreal ... it was reportedly the first match between the two national squads in Pyongyang EVER.

But ... North Korean officials reportedly put massive restrictions on who could view the game -- with no TV coverage, no fans in the stands and no journalists allowed.

Check out the pics ... it's straight-up eerie.

Of course, North Korea and South Korea have a tense relationship ... the two countries are technically still at war -- and reports say everything surrounding the match was strained.

According to international reports ... the South Koreans were forced to leave their cell phones at the South Korean Embassy -- and communication to and from the game was nearly impossible.

As for fans who wanted to follow the match ... their only option to watch it live consisted of brief posts about the match on FIFA and Asian Football Confederation websites.

But, North Korea will reportedly hand over a DVD of the game to South Korea this week so it can broadcast the match to its fans on tape delay at a later date.

Backlash over the blacked-out match has been strong in South Korea ... with many fans upset over the lack of coverage.

As for soccer ... unclear how the tie will impact each team's chances at a spot in the 2022 FIFA World Cup -- but the squads will reportedly have to rematch in an away location next June. 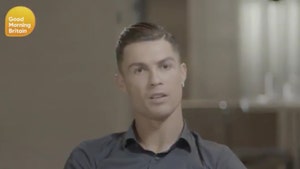