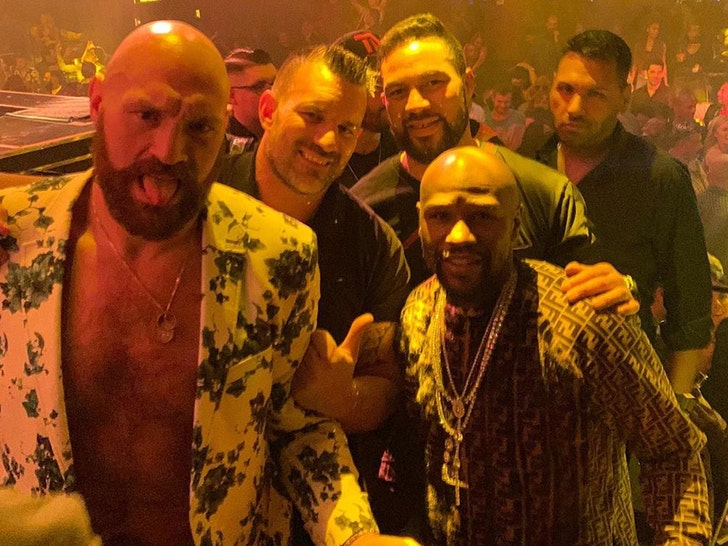 Check out the boxing superstar at Jewel nightclub at the Aria -- where he partied his face off with the likes of Floyd Mayweather, Ric Flair and WWE superstar Roman Reigns. 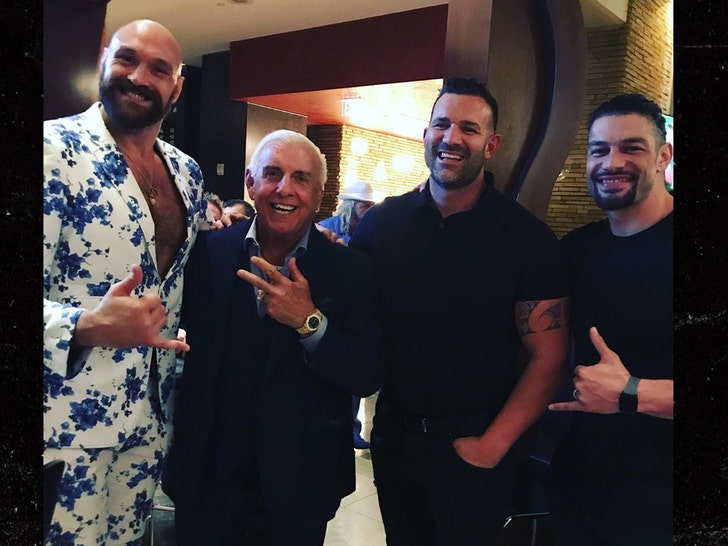 We're told the hangout went down after "Smackdown" in Vegas on Friday. Fury was there to promote his upcoming bout with Braun Strowman at WWE's Crown Jewel event in Saudi Arabia on Oct. 31.

During his Vegas outing, Fury hooked up with Floyd -- and we're sure they had plenty to talk about ... not only with the whole boxing thing, but Floyd did a stint with WWE back in the day too.

Remember, he famously fought Big Show at Wrestlemania XXIV back in 2008. Big Show busted Floyd's ass for most of the match ... until Floyd got his hands on a steel chair and bashed the giant's head in.

So, did Floyd offer up some tips for Tyson as he gears up for the big match? Guess we'll wait and see ... 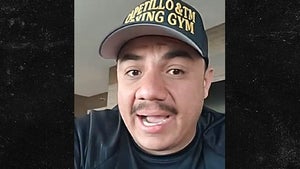 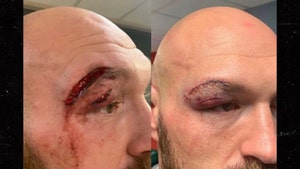