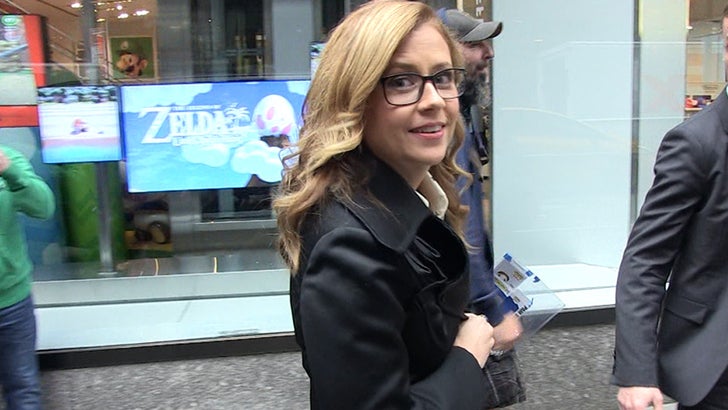 Chrissy Teigen thinks Jim Halpert and Pam Beesly are definitely dunzo after getting married 10 years ago -- but Pammy herself is all like, whoa, whoa ... that's just what she said.

Yep, we ran into Jenna Fischer as she left the "Today" show in NYC -- where she was plugging her new 'Office'-themed podcast with Angela Kinsey -- and asked her point-blank ... if she and her TV hubby are divorced all these years later or nah???

Chrissy first raised the issue with a whole 'Office' romances theory that went viral -- she thinks every other couple EXCEPT J&P is going strong.

Actually you know what? Phyllis and Bob are def still together. Dwight and Angela still together. Michael and Holly definitely together. Mathematically (i got a C+) SOMEONE here has to be divorced. It’s Jim and Pam.

Welp, Jenna has some thoughts on that. You gotta watch to get her full retort to Chrissy, but suffice to say, she's clear that Jim and Pam ARE together. OKAY, Chrissy?!?

Of course, die-hard 'Office' fans probably already suspected that ... considering everything they overcame together in season 9 when Philly Jim emerged and put his relationship on the rocks with his soulmate. SUPER LATE Spoiler alert -- Jim finally chose Pam over work.

And, according to Mrs. Beesly-Halpert herself ... they DID live happily ever after!!! Can we get a YUP?!? 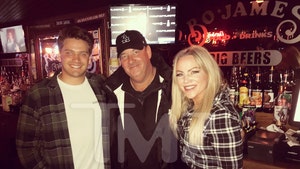 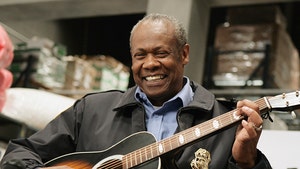 Hugh Dane, aka Hank the Security Guard from 'The Office,' Dead at 75