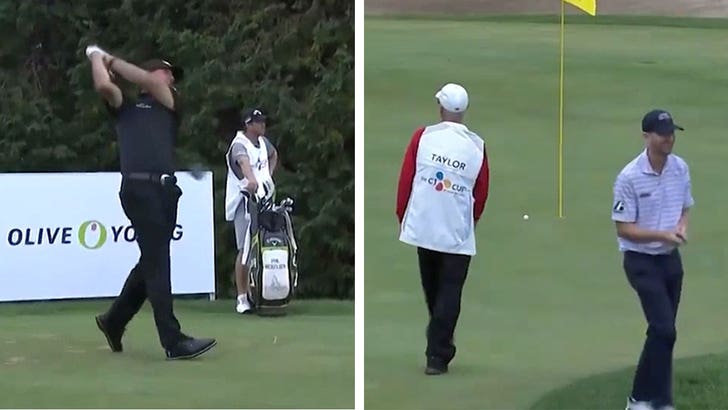 Phil Mickelson nearly carded the greatest hole in PGA Tour history Friday -- missing a hole in one on a 353-yard Par 4 ... by INCHES!!!!

Lefty was playing in the second round of the CJ Cup in South Korea ... when he stepped up to the tee box on the 14th hole at Nine Bridges -- and nearly did the unthinkable.

With a driver in his hand ... Phil took a violent swing and ripped a golf ball that hit the green on the fly.

It tracked all the way to the hole ... but had just a little too much heat on it -- and instead of falling, it kicked off the pin and settled just inches away from the improbable ace.

Of course, Phil was able to roll in the eagle putt ... but you just know the dude was fuming over missing history!!

There's only been one Par-4 ace EVER on the PGA Tour -- and it was a wacky 332-yarder by Andrew Magee at TPC Scottsdale in Arizona back in 2001.

There's no video of that shot ... which means Phil's swing Friday would have been truly the most legendary one in PGA Tour history! 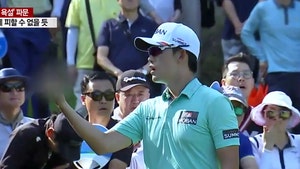 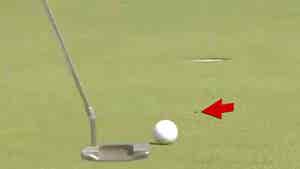