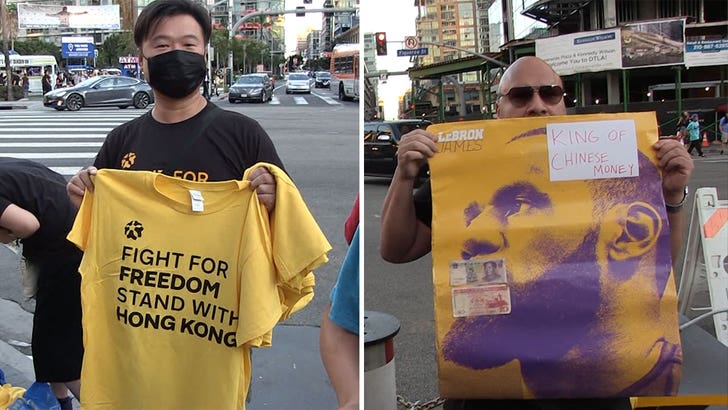 Everyone loves free shirts, right? But, would you grab a free "Free Hong Kong" shirt on your way into a Lakers game?

That's the question some Lakers and Clippers fans asked themselves Tuesday as they walked past an anti-China protest outside Staples Center.

A handful of people were handing out shirts with the same 7 words that Houston Rockets GM Daryl Morey tweeted out earlier this month, "Fight for Freedom, Stand with Hong Kong."

One of the protesters, who just returned from Hong Kong a few weeks ago, says people there are still pissed at LeBron for condemning Morey.

The plan worked ... several people grabbed the shirts -- and one kid even held one up for the Staples Center dance cam (though the camera almost immediately panned away).

LeBron didn't seem too affected by the protest ... he played fine. Just not good enough to get the W. The Clippers won 112 to 102.

Tons of stars made the drive to Staples to catch the game ... including Kate Hudson, Chadwick Boseman, Chloe Kim, Adam DeVine and more! 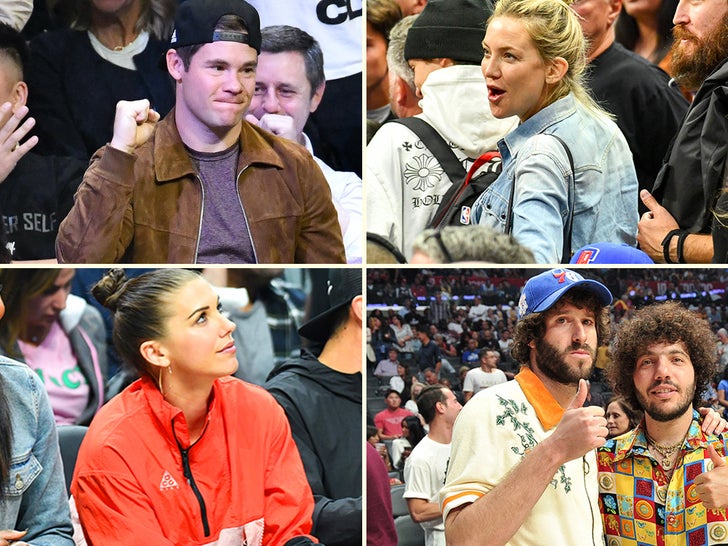 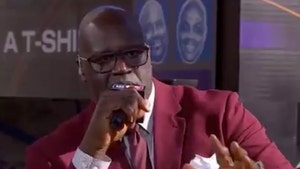 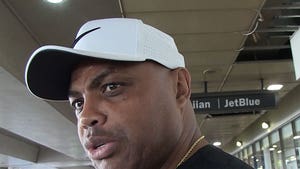